Opioids and Alcohol – a Combination that Could Kill

October 18, 2018Michael ShannonAlcohol Addiction Treatment, Blog, Co-occurring Disorders, Recovery
Opioids and alcohol are both highly addictive and widely abused. Combining them could prove fatal and, with opioid addiction at record levels and alcohol so readily available, the number of deaths continues to rise. We explore this worrying trend and offer advice for addicts and their families. 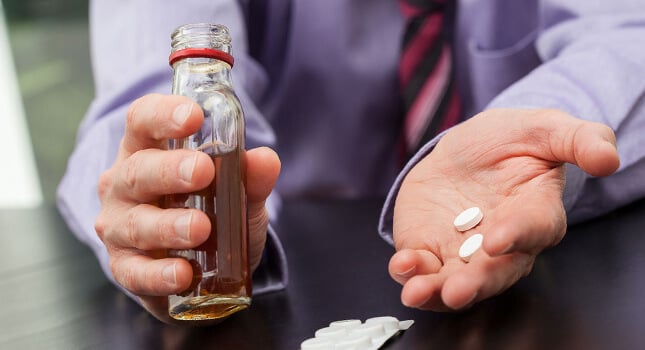 Mixing opioids with alcohol is a combination that could kill, yet many users simply aren’t aware of the dangers. Opioid addiction has risen to epidemic proportions in the US and the number of fatalities has increased in direct proportion. In many cases, alcohol was likely a contributing factor; people often drink to enhance or prolong the feelings of euphoria and well-being that opioids produce. This very worrying trend is not expected to peak until 2020 and, in the meantime, the illicit manufacture and importation of prescription drugs like Vicodin, OxyContin and Percocet have made it a global issue.

If you’re concerned about opioids and alcohol with regards to yourself or a loved one, The Cabin Chiang Mai offers personalised prescription drug treatment and alcohol addiction treatment in a calm and tranquil environment in Northern Thailand.

Opioid and Alcohol – the Facts

Over 95 million Americans are prescribed opioids each year and, with such a high number of users, it’s inevitable that many will also be alcoholics. In addition, it is estimated that a further 26 to 36 million people abuse opioids worldwide. Unfortunately, alcohol significantly increases the risk of accidental death by overdose; most alcoholics are unable to go for a day without drinking yet they will still take painkillers if necessary or because they want to prolong the effects of the alcohol.

There have been over 300,000 deaths from opioid overdose in America since 1999 – how many of these could have been prevented if the effects of opioids and alcohol were more widely broadcast? 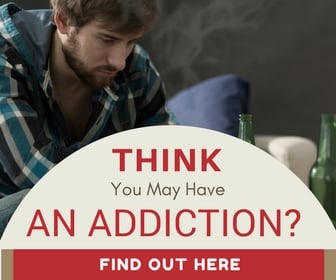 Why are Opioids and Alcohol Such a Dangerous Combination?

Alcohol and prescription drugs like hydrocodone are among the most commonly used substances in the US. Alcohol is easily and legally available to adults over the age of 21 while opioids are widely prescribed in all 50 states. Although doctors may recommend that patients don’t mix these drugs with other depressants like alcohol, most users aren’t aware of the dangers. So why is it so dangerous to mix alcohol with opioids? Opioids like Vicodin, Percocet and OxyContin have a similar effect on the brain to alcohol. Because of this, each magnifies the effects of the other, making users feel higher or drunker. When alcoholics take opioids or opioid users drink, they are less able to gauge the effects of either substance and the chance of accidental death or overdose is extremely high.

Drug companies continue to push doctors into meeting dangerously high targets for opioid prescribing, despite evidence that addiction and the subsequent illicit use of street obtained opioids including Fentanyl is on the rise.

Which Opioids Are Most Dangerous

To be blunt, when you combine any opioid with alcohol, you’re putting yourself at risk. Prescription opioids might include Vicodin, OxyCodin or Percocet, all of which are prescribed to people of all ages and from every sector of society. A combination of clever advertising and disinformation meant that doctors were often under the impression that these prescription medications were not as addictive as street drugs like heroin.

This was not the case and it soon became apparent that America had a real problem; opioid addiction has been likened to the Black Death or HIV as a curse of our times by Jason A in his YouTube post Strange Events in America. Although hardly anyone sets out to be an addict, users soon find that they have to take more and more to get the same effect and often resort to street drugs including highly addictive drugs like Fentanyl. This, in turn, tempts many users to combine opioids and alcohol in their quest for a longer-lasting high.

Who is Most at Risk?

The truth is that it’s not just Americans who are at risk. Thanks in part to the internet, prescription opioids are now available all over the world and the devastating effects of combining them with alcohol is already cause for concern in the UK, Australia and Thailand.

Short-term effects of mixing opioids and alcohol include

Long-term effects of mixing opioids and alcohol include

Get Help and Treatment for Addiction to Opioids and Alcohol

It’s vital that you seek professional help if you’re worried about yourself or someone close to you. The Cabin Chiang Mai is a leading behavioural health and addiction treatment centre in northern Thailand. We offer treatment for a wide range of addictions including alcohol, opioid and process addictions. Our highly qualified team of medical experts, psychologists and therapists will approach each case on an individual basis. We combine elements of classic 12 step methods with mindfulness meditation and Cognitive Behavioural Therapy (CBT) techniques in a calm and relaxing setting. You should be aware that, if you stop using alcohol and opioids suddenly, you can experience complicated withdrawal symptoms, some of which can be severe. It’s therefore vitally important that both alcohol and opioid addictions are addressed at the same time. A personalised Treatment Pathway may include preliminary assessment and detox as well as primary and stepped down treatment and an ongoing programme of therapy and aftercare.

Don’t become a statistic, opioids and alcohol really is a combination that could kill. The Cabin Chiang Mai is available at all times so do contact us for confidential advice or details of our residential team-lead treatment programmes for alcohol and/or opioid addiction.

10 Awesome Benefits of Getting Sober

Our Top 5 Tips on How to Overcome Anxiety Without Alcohol

Alcohol and Cancer – The 7 Deadly Cancers Related to Alcohol Abuse