On Maintaining a Balanced Recovery 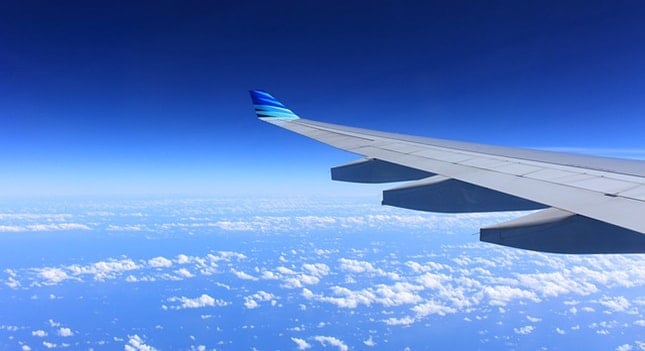 I am writing this on the plane back to Malaysia after a month’s holiday in the UK and France – a 12 hour flight that would normally have been spent in an alcoholic haze if it were not for my rehab at The Cabin in April, not to mention the four weeks of endless drinking, drunkenness and hangovers that would normally have characterized my annual family holiday in France.

This year was different – for the first time in my life, I enjoyed a fulfilling, relaxing and remorse-free family holiday and am returning to Malaysia feeling revitalized and looking forward to going back to work. I have discovered that recovery is so much more than giving up drinking and drugs – it is instead a complete change of lifestyle and outlook on life. For 35 years or so I was self-medicating with alcohol for a lack of self-confidence and low self-esteem and for the last 10 years of my drinking career I was treating my hangovers and the morning shakes and sweats with ever increasing quantities of Xanax – to the point that I could no longer function; I was depressed, I could not get out of bed and face the world in the morning, I felt desperately lonely and miserable and was making a complete mess of my life.

Despite being diagnosed as an alcoholic by a specialist when I had my first attack of acute pancreatitis 12 years ago and again when I was refused life insurance more recently, despite writing off half a dozen cars in serious alcohol and drug related road accidents and despite making a number of alcohol fueled ‘misjudgments’ and indiscretions in my business and family life it was the feelings of utter hopelessness, helplessness, despair, fear and loathing that finally drove me to seek help in rehab two years ago.

When I left The Cabin after a 28 day program in May 2011 I thought that my alcoholism had been cured and I went about my new sober life avoiding the usual triggers such as bars and social gatherings. After six months of living soberly but rather uncomfortably I decided that one drink would do no harm. Within three months I was consuming more wine on a daily basis than ever before and dulling my anxiety and shame with ever greater quantities of Xanax. I reached my psychological rock bottom on resigning as MD of my own company and finally checked myself back into The Cabin on April 1st this year – ‘April Fool’s Day’ – an appropriate date!

On leaving The Cabin a month later I returned to Kuala Lumpur with a deep sense of humility and some trepidation. This time around my behavior in recovery has been very different.

I have sought help and support from my local AA group, I read the Big Book and other AA literature daily and attend AA meetings 3 or 4 times a week and I make good use of the after-care resources provided by The Cabin. In short, this time, I am following the simple advice given to me by the councellors at The Cabin during my stay in April. I also practice rigorous honesty – what a difference that makes!

I have discovered a wonderful resource in AA and also in the network of ex-Cabin clients now living sober lifestyles all over the world.

One of the highlights of my holiday in France was to spend a couple of days with a fellow ex- Cabin client with whom I had kept in contact. We spent the time sharing our experiences in early recovery, giving each other hope and support and having fun walking in the Pyrenees and along the beaches – enjoying simple, healthy experiences together. The great thing was that whilst we both live on the other side of the world we were able to meet in France and spend a couple of days sharing relaxed conversation with hardly a mention of our drugs of choice – that is truly a miracle and one that every recovering alcoholic/addict can enjoy.

I am not saying that recovery is all a bed of roses – I experienced some strong cravings earlier today whilst waiting for this plane with people drinking Champagne all around me – but some chocolate and a soft drink later and a quick self reminder of the consequences of having just one drink was enough to keep me sober for another day….and night.

How to Make Outpatient Rehab Work for You

The Ills that Haunt Addiction Treatment in Ireland

Sharing your Addiction Recovery Story has Many Benefits