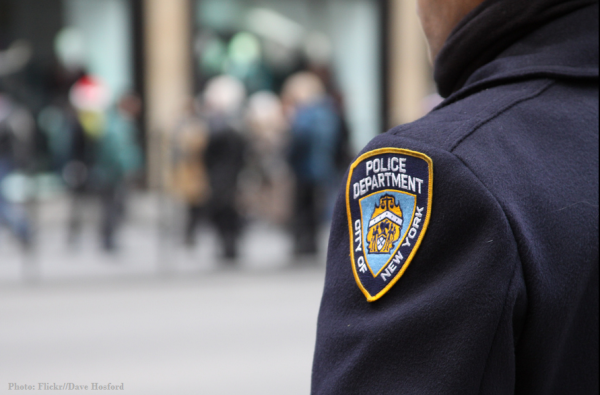 The use of Naloxone by police officers in New York City comes at a time when heroin overdoses have become an increasingly urgent public health concern. As reported in the New York Times, from 2010 to 2012, heroin-related deaths increased by 84 percent, and drug-related overdose is now the leading cause of accidental death.

Drug use has, for many years, occupied a contested space between public health and criminality. On the one hand, many doctors call for drug abuse to be recognised as a disease, rather than a criminal act. On the other hand, legal and criminal systems are designed to punish those who use substances illegally.

Unfortunately, what is often left out of criminal justice approaches to drug use is harm reduction. It is therefore encouraging that the New York City Police force has moved in a direction that will potentially save many lives.

As reported in Business Insider, New York City police officers will all carry a drug designed to reverse the effects of heroin overdose. The drug, known as naloxone, is either injected into the body or applied by nasal spray. The effect is to allow a person who has overdosed to breathe normally.

Harm reduction experts have lauded the drug, as it is reported to have few adverse effects. If opioids are not present in the body, the drug has no effect. Additionally, it is non-addictive, and it can be applied by those who are not medically trained.

Over the past decades, naloxone has had a high rate of success in overdose reversals. It has seen wide distribution to a range of persons in proximity to heroin use, including drug users themselves, friends, family, and healthcare workers. In a survey of 48 programmes using the drug between 1996 and 2010, the Center for Disease Control and Prevention found that there were over 10,000 reported cases of overdose reversal.

The use of naloxone by police officers in New York City comes at a time when heroin overdoses have become an increasingly urgent public health concern. As reported in the New York Times, from 2010 to 2012, heroin-related deaths increased by 84 percent, and drug-related overdose is now the leading cause of accidental death.

Some opponents of the distribution of naloxone claim that its availability will increase heroin usage. However, public officials are in favour of its use. In March, Attorney General Eric Holder stated police throughout the US should have access to this drug, while in April the Massachusetts’s governor ordered MA police to carry it – and the recent adoption of naloxone by the New York Police Department adds to its legitimacy.

At The Cabin Chiang Mai, we provide holistic, research-based treatment for addiction in a world class facility. If you are concerned about addiction, contact one of our specialists today.

The Real Truth About Drugs and Society