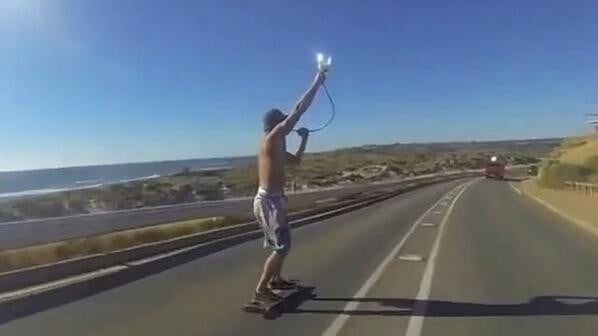 An online drinking game is sweeping the globe, and has been blamed in association with the deaths of two Irishmen in early February.

The game, known as ‘Neck-and-nominate’, or ‘Neknomination’, is played by uploading videos of yourself and friends downing alcoholic drinks, and then nominating one or more friends who ‘have to’ do it themselves within 48 hours of being tagged in the video, or – endure mass peer pressure and criticism on the web.

While a single drink is all that is ‘required’, as the game gains speed, so does the extremity of the videos. For those that wish to one-up their peers, they are not only drinking large quantities of alcohol quickly, they are doing them in extreme ways. Videos have said to include drinking beer from a toilet bowl while hanging upside down, biting the head off a chicken and swallowing it after drinking a large can of Kestrel lager, and a very extreme video of a man drinking a pint of vodka mixed with three raw eggs and a cigarette butt.

The game, which glorifies the dangerous act of binge-drinking, is getting more extreme – and dangerous – as it picks up popularity. On February 2nd, the body of Jonny Byrne, 19, was found in the River Barrow in Co Carlow, Ireland. According to reports on social media, he died after jumping into the river after partaking in Neknomination. This news comes just days after Irish DJ Ross Cummins was found unconscious in a house in Dublin, also after reportedly taking part in this new craze.

People believe the trend originated in Australia (although it can’t be confirmed), and has quickly spread across the globe – ah, the power of social media. Officials around the globe have been receiving many concerns from members of the public.

Cumbria (UK) Police chief superintendent Steve Johnston recently made an official statement. He said, “Whilst some may see it as a bit of fun, the consequences could be quite catastrophic.” He urges people to act with responsibility and not to give into peer pressure.

It’s probably also a good idea for parents to talk to their teens or young adults about the very real dangers of this trend.

Binge Drinking: Even More Harmful and Widespread than We Thought?