January 19, 2016Michael ShannonBlog
A legal drug in many countries, Kratom is an addictive substance that has been linked to several heroin addiction relapses. 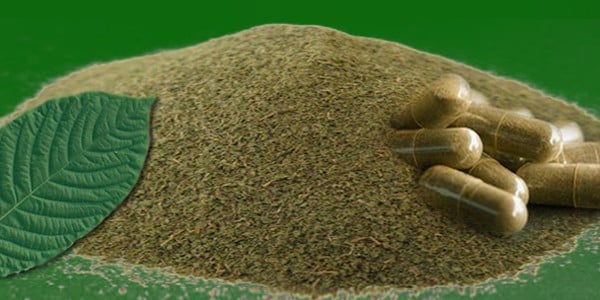 Kratom is the newest drug sparking controversy in the United States. The drug has only recently become popular in Europe and North America and is still currently legal by default in the United States. The drug has been compared to other dangerous synthetic drugs such as bath salts and spice, that also started out as legal substances sold in head shops and gas stations before the DEA picked up on their dangers and recently made them controlled substances. However, kratom is not a lab manufactured concoction of toxic chemicals, but a plant grown primarily in Southeast Asia.

Kratom (Mitrogynia Speciosa) is a large tree related to the coffee plant and indigenous to Thailand, Myanmar, and Malaysia. Its leaves are well known for their unique properties, and despite being used medicinally by native populations for centuries it is now illegal in all three countries. Traditionally, fresh kratom leaves were chewed to gain the desired effects, however now that the drug is being distributed in the West it has taken on other forms, most commonly as dried leaves or powder that is put in capsules, made into tea, or ingested in other ways. The plant is unique for providing both stimulant like effects (in small doses) and sedative effects (in large doses). Medicinally it was used as an anti-diarrheal, an analgesic (pain relief), and as a way to treat opium addiction. Agricultural workers in Thailand also chewed the leaves for their mild stimulant properties. The plant’s active property is the alkaloid mitragynine, an opioid agonist, which bonds to delta opioid receptors and mu opioid receptors in the brain. The drug is not new to the United States, and has been on the market as an herbal remedy for years, however with the surge in “legal” drug alternatives that can be purchased over the internet to the likes of spice and bath salts, kratom has found its way into the main stream.

Kratom drug effects differ depending on the dose and each individual. When abused at low doses the drug will cause stimulant effects such as boosting energy, mood, and making people more talkative and sociable. At higher doses it can produce opiate-like effects such as feelings of lethargy and euphoria. The effects occur quickly and can last up to five or six hours. Use of the drug can also cause a range of negative side effects including: 1. Feeling nervous or on edge 2. Vomiting (sometimes severe) 3. Nausea (sometimes severe) 4. Sweating 5. Itching 6. Constipation 7. Delusions/Hallucinations 8. Tremors 9. Aggressive behaviour 10. Paranoia While considered a mild drug, kratom is addictive and tolerance can develop. It is the addictive properties and the fact that the drug acts as an opioid agonist that have sparked controversy over whether it should be outlawed in the US.

Whether or not kratom should remain legal is still up for discussion in the US. Other countries including Bhutan, Australia, Finland, Poland, Lithuania, Myanmar, Malaysia, and Thailand have already banned the drug. The DEA has listed it as a “drug of concern” but not a controlled substance. In order to make a drug a controlled substance there needs to be proven health risks and potential for abuse. Four US states, Indiana, Tennessee, Vermont, and Wyoming, have already banned the drug on their own. Florida and New Jersey have also set aside similar bills until there is more research on the drug’s health risks. There have been some cases of seizure and respiratory depression caused by the drug, but deaths seem to be rare. Even when a drug is known to send people to the emergency room and is known to be addictive it can take time to build up a base of scientific research to support a ban and scientific research about this drug is in its infancy. Of course, the drug has its advocates and there is even an American Kratom Association. Some users tout the drug as a miracle medicine that is a natural painkiller and a methadone alternative that can help cure other opiate addictions. However, substance abuse experts and government officials warn that while the drug is fascinating we need to know more about it. Dr Edward W. Boyer, a professor of emergency medicine at the University of Massachusetts Medical School and a co-author of several scientific articles on the drug says that “recreationally or to self-treat opioid dependence, beware — potentially you are at just as much risk” as with an opiate.

Rather than Helping Drug Addicts Kratom is Causing Relapses

Some experts warn that because of the way kratom activates opiate receptors in the brain, it can lead people back to heroin. Not only experts, but addicts themselves are beginning to tell their stories about how addictive the drug is and how it eventually caused them to relapse back to heavier drugs. One Florida woman tells how she began frequenting a kratom café, Kavasutra, because the drug helped alleviate her cravings for opiates and would not show up on a drug test mandated by her recovery programme. However, eventually she and some of her friends were spending up to $60 a day at the café before she switched back to cheaper heroin. Another man reports having to attend drug rehab three times in order to kick his habit while yet another recovering alcoholic reports using the drug at first to alleviate alcohol cravings, until he found himself taking large amounts not to get high, but to ward off withdrawal symptoms such as depression, insomnia, and apathy that followed if he did not use it. Whether or not you have struggled with addiction in the past, kratom is not something you should pick up. It is addictive in and of itself, but can also lead back to using other substances. Whether or not the drug will remain legal is up in the air, but for people in addiction recovery it is not worth the risk. If you have relapsed or think you are headed towards relapse, be sure to reach out to your sponsor or  addiction counsellor to get back on track. At The Cabin our team is highly experienced in treating all addictions and can be contacted for advice.