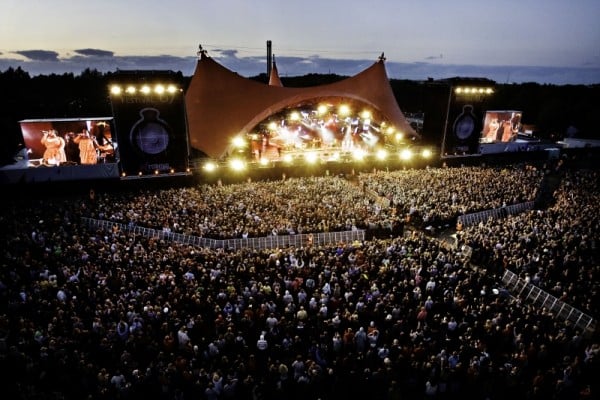 Drugs often out-attend concertgoers at music festivals. At the start of the summer, and in anticipation of the season’s outdoor music festivals, The Guardian published an article revealing the type and quantity of drugs confiscated at U.K. music festivals over the past year. Whereas cannabis, ecstasy, and cocaine was less than ubiquitous and seizures of these substances have declined, authorities confiscated ketamine and piperazine more often than the year before. Among reeling guitar riffs are cries for drug recovery and less substance abuse at the nation’s concerts.

Something I was curious to know whilst reading the article was if authorities found a correlation between drug of choice and genre of music. Musicians’ use of drugs, and the dictate that genre may have, has been recorded in numerous places. In 2008 The Guardian published as part of their Society section “Drugs uncovered: The link between drugs and music,” an article that traced the history of drug use by musicians in certain genres: there’s American jazz musicians and their use of narcotics, and the amphetamine abuse of London’s mod subculture. Historically, music does not empower its players or listeners to seek out healthy lifestyles, let alone drug recovery.

Though the data from last year’s U.K. music festival season doesn’t hint at a strict correlation, the article concedes, “On the Isle of Wight it’s been largely about cocaine and ecstasy, at Glastonbury the hauls of ketamine have been creeping up, while the drug of choice for heavy metal fans would seem to be Jack Daniels and other booze.” The music world may be divided as to drug of preference, but it is not divided on the question of should musicians or music listeners abuse in the first place; certainly then, the question of seeking recovery in a drug rehab programme is rarely considered.

How then can musicians eschew the nearly certain association that people draw between music and drug abuse? Do the two always have to go hand-in-hand? Musicians Against Substance and Drug Abuse (MASADA) is a South Africa-based not-for-profit composed of national musicians working to unravel the linkage between drug abuse and music. The organisation uses music-centred campaigns to support a drug-free lifestyle, such as road shows that are one part concert, the other part educational talk. By putting a musician’s face—be it a rock, jazz, or classical musician—on the body of someone who refuses to support the drug-music connection, hopefully music lovers and concert goers will not become synonyms for eventual addicts in desperate need of a drug rehab programme.