Moderation vs Abstinence in Alcohol and Opioid Addiction Treatment

Is harm reduction or moderation management really a viable treatment method when it comes to alcohol and drug addiction? Or is abstinence the only way to go? We take an in depth look at this controversial topic. 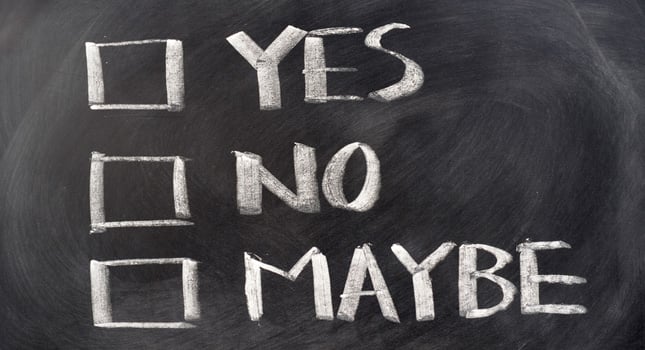 In the context of alcohol addiction treatment, some experts have suggested that while abstinence is usually required for alcoholics, moderation management can work for many problem drinkers.

Making the Distinction between Alcoholics and Problem Drinkers

It can be hard for people to know when their drinking has crossed the line into alcoholism.  First, let us examine the three types of drinkers:

Social drinkers are people who drink occasionally, usually at a party or event with friends, and very rarely lose control or suffer negative consequences as a result of their drinking.

Also known as alcohol abusers, these people usually start as social or occasional drinkers but begin to drink on a more regular basis, and/or drink more heavily when they do drink. They also may begin to think about alcohol on a regular basis, and friends and family may notice a change in their attitude towards social gatherings, work or school. Many problem drinkers will attempt to cut back on their drinking with little or no success, always finding a reason why they ‘need’ to drink that day or week.

The term ‘alcoholic’ is used when someone has become addicted to alcohol.  Alcoholism is most often not a far step from what is considered problem drinking or alcohol abuse. Alcoholics have lost the ability to control their alcohol consumption and have developed a high tolerance, requiring them to drink more in order to feel the desired effects. Most alcoholics will experience negative consequences from their drinking including health problems, ruined relationships, financial stress, job loss and more. (For more on the symptoms of alcohol addiction, see: First Signs of Alcoholism) Is Abstinence from Alcohol the Only Way?

A group called Moderation Management (MM) was founded in 1994 amidst controversy from local abstinence-based recovery programmes, by Audrey Kishline, a professional woman in her 30s who labelled herself as a problem drinker. Kishline left AA after just a few months, feeling that the disease model of addiction and abstinence-only approach were not for her.  She created MM as a way to help problem drinkers, learn how to moderate their drinking (as the name suggests). Instead of complete abstinence, she felt that problem drinkers were capable of learning how to drink in an occasional and healthy manner.

In 2000, however, Kishline wrote a public letter which she posted on the MM website explaining that after six years of trying and failing to moderate her own drinking, she now self-identified as an alcoholic and she was moving toward a goal of abstinence. She did, however, still fully back MM as a viable option for problem drinkers.

Just a couple of months later, she got behind the wheel of her car while drunk. She drove multiple cars off the road before crashing head-on with a car containing a mother and child. Both were killed in the crash and Kishline was badly injured. As it turns out, Kishline spent little of her time with MM moderating her drinking and more time hiding it. All of this, of course, not completely surprising considering her public letter just two months before.

The accident created even more controversy regarding controlled drinking vs. abstinence. If the founder of the programme could not moderate her own drinking habits, many were quick to ask, how effective was the programme ultimately?

Addiction as a Disease and Abstinence-Based Recovery

One of the problems with a harm reduction approach, especially in terms of supporting moderation, is that addiction is often characterised by a desire yet inability to reduce consumption of alcohol or drugs. Addiction is a disease that follows a predictable pattern. While moderation may be possible for some people or for a period of time, the nature of addiction makes consuming in moderation an extremely difficult goal, which some suggest is equally as difficult as achieving complete abstinence – yet not as physically or emotionally rewarding.

In some cases, harm reduction can actually lead to more secrecy around the addiction (as seen with Kishline), or can mean simply substituting one addiction with another – which many addiction treatment professionals feel is the case when it comes to Methadone, Buprenorphine, Suboxone or other medications used in treatment for heroin or opioid addiction.

Harm Reduction or Moderation vs Abstinence in Drug Addiction Recovery

The Harm Reduction Therapy Centre in Oakland CA, co-founded by psychologist Patt Denning, advocates for an approach to counselling and addiction treatment that does not see abstinence as the end goal or only option.

Denning helps clients set small, achievable goals in relation to their substance use, often first in the form of moderation. She seeks to meet people where they are, and allows the client to open the discussion about using substances in a healthier way– whether that means in moderation or quitting altogether.

Opioid replacement therapy (ORT) is a harm reduction technique that remains controversial, perhaps even more so now that Canada has approved prescription heroin as a means to that end.  All told, medication-assisted methods have helped many people suffering from opiate addiction manage withdrawals enough to cross the bridge into recovery.  At The Cabin, we use ORT to the smallest degree possible, making sure clients are completely drug-free by the time they exit their inpatient programme.  It is important to remember that ORT is not intended to be a lifelong solution, rather a temporary harm minimisation measure that can help individuals later achieve complete abstinence.

Those who support harm reduction methods cite the following reasons:

The stigma of labelling oneself as an alcoholic or addict keeps many people from seeking treatment in the first place. Fear is a huge part of addiction, and by offering an alternative to the 12 Steps or abstinence-only, it is thought that more people may take that first step to get help. Further drug replacement therapies are seen as a manageable first step for many who want to free themselves from addiction.

Harm reduction proponents argue that a moderation approach can help people assess and manage their drug and alcohol consumption perhaps before they become completely dependent or addicted.

Why is Abstinence still the Best Treatment Method?

Addiction, as mentioned earlier, is most often characterized by the desire, yet inability, to reduce consumption of alcohol or drugs. Denial and fear are significant barriers to treatment – denial that they are not in control of their substance abuse, and fear of what life would be like if they did.  Harm reduction programmes may allow an addict to feed that fear and denial further by never actually having to quit.

As is evident in Audrey Kishline’s story, it is often difficult for someone to determine whether they have a substance problem or an addiction – or whether they should seek moderation therapy or full abstinence-based addiction treatment.

At The Cabin Chiang Mai, we try to make the decision process clearer. We encourage anyone to seek professional help when they feel that their substance use has begun to have negative effects on their life or they have tried to cut back or quit without success.

This applies to substance and process addictions.

Moderation or harm reduction strategies can be excellent stepping stones to full abstinence-based recoveries, but in the long run, they will never provide the freedom and physical and psychological benefits that sobriety offers.

A Unique and Effective Addiction Treatment Programme at The Cabin

The Cabin Chiang Mai offers a unique and effective treatment programme that blends traditional, evidence-based Western techniques with holistic therapies to give our clients all the tools necessary to live a fulfilling, healthy and happy life in recovery.  If you or your loved on is struggling with addiction, contact us today to see how we can help.

Finding or Returning to Work After Addiction Rehab