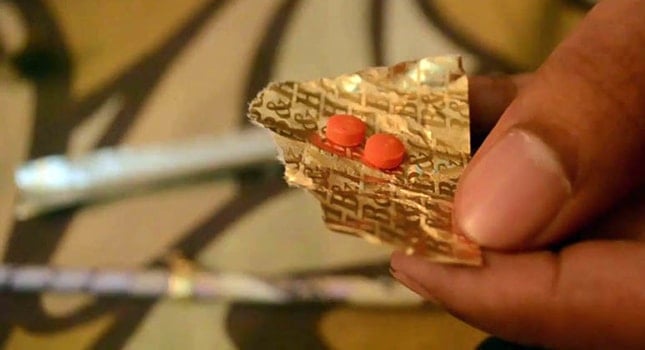 A little more than a decade ago when the words ‘drug’ and ‘Southeast Asia’ were in a sentence together, opium or heroin was almost always included. Nowadays, opium and heroin have been replaced with methamphetamine; a devastating drug that is taking Southeast Asia, especially Thailand, by storm.

The United Nations Opens Up on Methamphetamine

The surge of methamphetamine use in South East Asia is so disturbing that it has recently caught the eye of many world governments, including the UN. According to a United Nations agency, methamphetamines are the number one illicit drug threat facing Southeast Asia. A report released by the UN states that between 2008 and 2010, methamphetamine seizures in Laos, Burma, Thailand, and China have increased fourfold. The UN International Narcotics Control Board has stated that Southeast Asia produces 70 percent of the world’s methamphetamine. Recently, methamphetamine from Southeast Asia has been seized in India, Japan, and as far away as California; thus proving that the drug is becoming a threat not only to countries like Thailand and Laos, but also to the world as a whole.

Trafficking on the Greater Mekong

Methamphetamine is primarily manufactured in China and Burma and then brought down through the greater Mekong River and infamous ‘Golden Triangle’. It is then distributed throughout Thailand, Malaysia, Cambodia, Vietnam, and even Indonesia. Even more disturbing is the criminal activity involved in the manufacturing and distribution of methamphetamine; which is dangerous and deadly. According to reports, criminal gangs from Africa and Iran are getting involved in this destructive circle; spreading the harmful drug from Southeast Asia to the Middle East, Africa, and beyond.

Just how ‘Crazy’ is Meth Use in Thailand?

In Thailand, methamphetamine or ‘yaba’, meaning ‘crazy medicine’, has gone from being rarely heard of to the most commonly used illegal drug in the country. While there is no accurate number of addicts in Thailand, researchers suggest that there is between 1 and 3 million individuals addicted to methamphetamine or yaba; experts suggest that it is much higher. Many of these addicts are under 30; with nearly 10 percent being under the age of 15 and around 20 percent being women. Methamphetamine is used by all walks of life in Thailand; including, business owners, executives, taxi drivers, parlor workers, and prostitutes. Many of the addicts in the country began using it in-frequently; on the weekends or a night out. It then turns into a few days a week; increasing their use day by day, eventually developing into a full blown addiction that becomes the most important thing in the individual’s daily life.

The High Risk of AIDS

It is common for methamphetamine users to mix the drug with sex. The drug is known to increase sexual arousal, lower sexual inhibitions, and impair judgment. As a result, methamphetamine users are more likely than non-users to engage in unprotected sex. It is very common for people who use methamphetamine to have sexually transmitted diseases’ including HIV and AIDs; many times, these people are completely unaware that they are carrying the disease.

In Southeast Asia, where AIDS is already considered an epidemic in countries like Thailand, there has been an alarming rise in the incidences of HIV and AIDS. This pattern is repeating in other parts of the world; such as, California and the UK. What’s worrisome is that in Southeast Asia, sex education is taught, but is not a priority; meaning, many individuals lack the knowledge of STD’s and preventative measures that can be taken.

Although an addiction to methamphetamine is very difficult to break, it can be done with strength, knowledge, and effort. The Cabin Chiang Mai is a private drug and alcohol rehabilitation center located in the north of Thailand. We have a great deal of experience in treating methamphetamine addicts from Thailand and the rest of the world. We offer a peaceful environment that makes each individual feel relaxed and safe; allowing them to focus 100 percent on help their addiction, healing their body, and taking back their life.

Drug Abuse Amongst Women in India