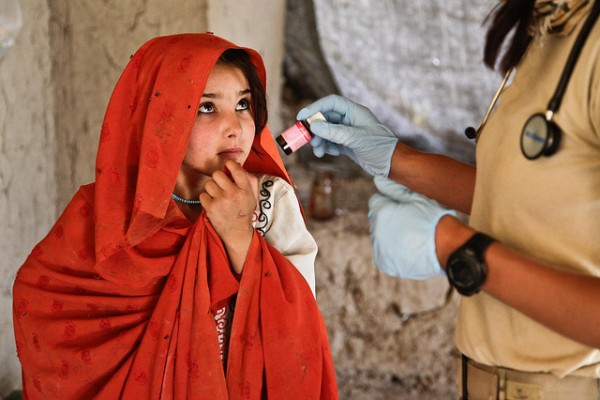 In the city of Karachi, Pakistan, the streets are lined with addicts young and old shooting up heroin in broad daylight. No authorities will arrest them, and other citizens don’t even glance twice, as it is now such a common sight.

Neighbouring Afghanistan is the world’s largest opium producer (heroin’s main ingredient), accounting for nearly 90% of the world’s opium supply. And nearly 40% of that is smuggled through the large port city of Karachi. In turn, the city has become a haven for addicts who can buy a dose of heroin for less money than a decent meal.

The problem, say many officials in the country, is that there is a severe lack of rehabilitation services against a major surplus of and accessibility to the drug. It is estimated that there are over six million addicts in Pakistan, at least 1 million of those addicted to heroin, and yet there are less than 80 dedicated rehabilitation facilities.

Many authorities believe that the war in Afghanistan is causing the opium industry to boom – and in 2013 the industry reached a record growth of 5,500 tonnes, expected only to grow larger this year. With NATO scheduled to leave Afghanistan in the same year, there is major concern that the problem will grow rapidly.

And what can Pakistan do in its wake? Organizations are treating as many addicts as they can, but they can only handle a tiny sliver of the population that needs help. Even those who do receive treatment find it very difficult to stay sober, as there are no long-term rehabilitation programs. Most addicts return to the exact same lives they had before treatment – making relapse almost inevitable.

In 2010, the government instituted the Drug Control Master Plan in an effort to control trafficking: “rehabilitate addicts and increase public awareness of drug abuse”. However, it remains a low priority. Pakistan is already faced with very high unemployment and poverty, as well as an alarming increase in HIV cases due to needle sharing. Perhaps it’s time for government officials to take serious action, and begin implementing long-term rehabilitation programs to help get the addicts of Pakistan back on their feet – and a byproduct of such action would result in a reduction in the number of HIV cases caused by needle sharing as well.