Is there such a thing as an Addictive Personality? 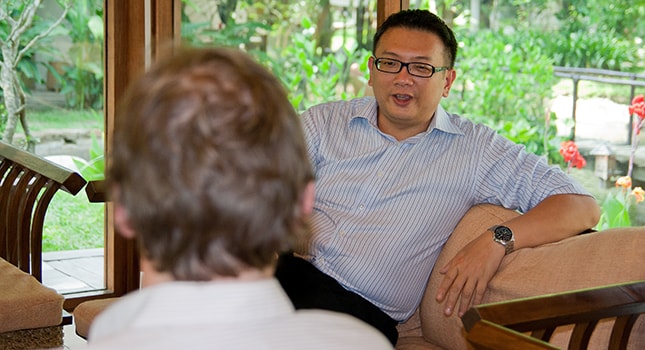 There has been a growing interest whether or not there is such a thing as an addictive personality. Although this question is hard to give a precise answer, there are many ways to examine it.

Doctors, researchers and private drug rehabs alike are working hard to provide an explanation on why people use, abuse, and become addicted to drugs and alcohol. They have come up with reasons such as, genetics, experiencing a traumatic event, and certain psychological traits that attribute to an individual’s personality. Some experts have suggested that because some addicts share similar personality traits, there may be such a thing as an addictive personality which needs to be addressed by an addiction treatment programme.

What is an Addictive Personality?

Signs of an Addictive Personality

Impulsive Behaviour: The person may seem to dramatically jump from various emotions and change their opinions or way of thinking.

High Stressed: They may seem to become easily stressed. What may seem like ‘no big deal’ may seem like it is the end of the word to this person.

Difficulty Socialising: The person may have a hard time talking to other people or going to public events.

Against Conformity: The individual may be against things that are considered to be ‘the norm’ in society.

The problem is that many people have the above signs and are not addicted to anything. So while there may be certain personality traits that many addicts display, there are almost always various underlying factors. Some researchers believe that addiction is genetic and others believe it comes from a person’s childhood; what exactly causes it is still not 100% known. If enquiring about an addiction treatment programme, private drug rehabs will assess and determine an addict as part of the admission process.

When one is trying to understand a drug or alcohol addiction, they must be able to understand the different reasons why a person would want to use drugs or alcohol in the first place. There are of course some people who are simply curious; they get high once or maybe a few times and then never use again.

It is the people who turn to drugs or alcohol as an escape that have the biggest chance of developing an addiction; an escape from physical, mental, or emotional pain. Drugs and alcohol ‘kill’ mental, emotional, and even physical pain. A person may begin to use drugs because they are recovering from an injury and are prescribed addicting opiates, have lost a loved one and are using antidepressants to ‘forget’, working long hours and are smoking meth to stay up, etc. There are numerous reasons as to why people turn to drugs or alcohol, but many professionals would agree that it is not simply an individual’s personality. Professionals working in the private drug rehab and the drug and alcohol field suggest that pain can make a person susceptible to an addiction. Once a person begins to use drugs or alcohol, the actual cravings can cause personality traits of an addiction, if concerned it is always best to contact a private drug rehab.

Conclusion, Each Addict is Different

Physical, mental, or emotional pain can cause an addiction. The cravings that a person develops when addicted can cause the individual to behave differently and change their personality. A lack of self control may be a factor in a drug or alcohol addiction. All in all, each and every person is different. This means that each and every reason for a drug or alcohol addiction will be different; even if it is only a little different however, all addictions can be helped through an addiction treatment programme at a private drug rehab.

It should be noted that there are certain personality disorders that can make a person more prone to compulsive behaviour, but a small percentage of addicts have this. While there may be personality traits that many addicts share, it does not necessarily mean that these traits are the ‘sole cause’ of an addiction; one must also consider the other struggles and difficulties that the addict is going through.

If you or someone you know has an addiction to drugs or alcohol, please contact a private drug rehab today.

Staying Sober in the Summer

Feeding On the Negative Energy of Someone Else’s Addiction

How do Pets make a Difference in Addiction Recovery?