Rappers in Recovery: Is Hip Hop Evolving from Its Former Drug Culture?

For decades, famous hip hop artists have been rapping about their illicit drug use. But now with many of them in recovery, will sober rappers become the new face of hip hop culture? Can rapping about recovery help save lives? Here we take a look at how hip hop culture is changing and the benefits it may have on fans around the world. 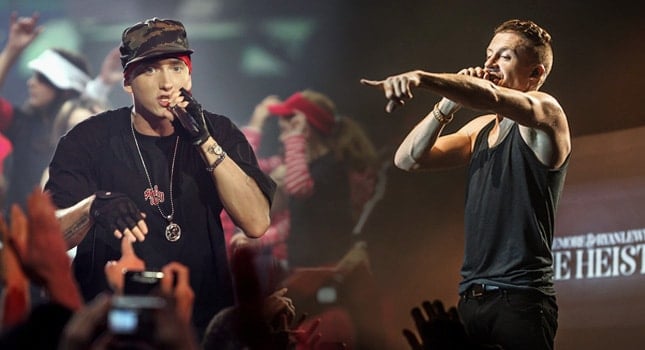 “Want it now, maybe wanna come through a lil’ later/Got a line up my nose size of the equator.” This line from a Project Pat song about cocaine is just one of many examples of famous rappers and hip hop artists using lyrics about illicit drug use and substance abuse in their songs.

For decades, hip hop artists have been rapping about substance abuse – from the most commonly used substances such as alcohol and marijuana to heavier drugs such as molly (ecstasy, X, mdma), cocaine and prescription pills. Often glamorised, drug use has long been a staple in the world of hip hop music. Is this changing?

“But in the long run these drugs are probably going to catch up sooner or later/But f*** it, I’m on one/So let’s enjoy/Let the X destroy your spinal cord/So it’s not a straight line no more/’Til we walk around looking like some wind-up dolls/S***’s sticking out of our backs like a dinosaur/S***, six hits won’t even get me high no more/So bye for now/I’m going to try to find some more” – Eminem, Drug Ballad

The above lyrics are by rapper, Eminem, who is now sober but used to lace his songs with lyrics about his drug use and getting so high that he could no longer properly function. They illustrate his complete disregard for the long-term effects of drug use, because he implies that he is high in the moment and thus does not care about the repercussions. The lyrics also touch on tolerance, saying that six hits of ecstasy – an incredibly high dose that could be very dangerous, even lethal, especially for someone who has not built up a tolerance – does not get him high.

Snoop Dogg, Method Man and Cypress Hill are other hip hop stars who have built their reputation from using drugs such as marijuana. In Rihanna’s song, Diamonds in the Sky, she sings, “Palms rise to the universe/As we moonshine and molly/ Feel the warmth, we’ll never die/We’re like diamonds in the sky” – glorifying the use of both alcohol and Molly, while disregarding the dangerous effects of both drugs.

However, as addiction, and sometimes overdoses, have started to catch up with many of these famous rappers, more songs are being released that address the dangers of drugs instead of glamorising their use.

“I’ve seen pain, I felt the losses/ Attended funerals and seen coffins/ 21 years old, an angel was lost here/ Wings clipped by the grip of 80 milligram sniffs of oxycontin/ Everyday through the nostrils/ Never went away, never does it stop there/ Death a line or two away/ And a couple tall cans/ Cause you never know when God is gonna call, man” – Macklemore, Kevin

In his song, Kevin, another now sober rapper, Macklemore opens up about his experiences with prescription pill addiction in an effort to warn others in America and around the globe about the real dangers of these drugs. Eminen as well had a problem with prescription pills. After a trip to the hospital, which he almost did not survive, Eminem put himself through treatment.

Hip hop music and Hollywood are still widely glamorising substance abuse. However, sober rap stars who are talking about sobriety and the effects of addiction could help change the way that young people view substance abuse – even if just a few people at a time.

New York rapper, Timmy Grins, launched a sober campaign in April 2013, involving him performing pro-recovery songs in Brooklyn bars every night throughout that month. Sober for 12 years at the time, Grins says that he does not wish to push sobriety or recovery on to anyone. He told The Fix that “If there’s someone sitting in the dark (in regard to substance use and addiction), I’m going to go out there and tell them it’s okay.” There is help available. Grins also says that rapping about his own recovery is a way to keep himself on track.

While these sober rappers are not going to change the face of addiction overnight – nor are they going to completely change the pro-partying, pro-substance abuse nature that has long been ingrained in hip hop culture – they are definitely helping to break the negative stigma that surrounds addiction. Seeing public idols talk about their struggles with drug abuse and addiction will hopefully encourage those suffering from the same to reach out for help.

Getting Help for Addiction

Many people can use drugs or drink alcohol recreationally without any serious repercussions. However, addiction for others is a very real and serious risk. In an interview about his struggles with addiction, Eminem recalls his own internal battles: “You are struggling with the argument of ‘do you have a problem or do you not have a problem? Can you control it or can you not?”

In most cases, when you have to ask yourself questions like these about your own substance use, it is time to get help. Addiction is a disease, a progressive one at that, and is nothing to be ashamed of. The longer it goes untreated, the worse it will get. Getting help at the first signs of addiction is the best way to achieve success in recovery.

If you or someone you know is struggling with any type of substance abuse (or process addiction), we at the The Cabin Chiang Mai have trained addiction specialists who are experienced at providing effective addiction treatment that can ensure your long-term recovery.

Contact one of our qualified drug addiction counsellors today and get a free and no-obligations assessment for you or someone close to you, so that you can get started on the path to long-term recovery.