Heroin Use, Abuse, and Addiction in China 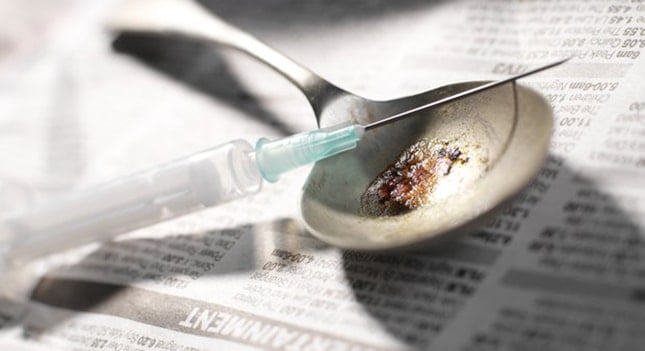 It is estimated that in China over 70% of drug users have an addiction to heroin. One of the worst-affected areas is China’s southern province of Yunnan on the border with Myanmar, one of the world’s biggest suppliers of heroin. All throughout China, many people are turning to drugs. Nightclubs in the cities are full of young people popping candy colored ecstasy pills. Many of the truck drivers in China use methamphetamine to stay awake for the long hours.

In the late 1980′s most drug abusers used opium, but by the early 1990′s drug abuse was rapidly spreading, and heroin use was on the rise. The number of registered drug addicts rose from 70,000 in 1990 to over one million in 2002. Most of these registered drug addicts main drug of choice was heroin. Since 1997 new drugs like methamphetamine, ketamine, and ecstasy have penetrated the countries drug scene, but heroin is still on the rise and still is most used.

The actual number of drug addicts in China is not known; estimates suggest that it is between 2.3 and 20 million people. This may seem like a very small number when compared to China’s population, but because of how fast drug abuse has risen, if it continues to rise it may surpass other countries that currently have the most drug abusers. Of the registered drug addicts, 83.7 percent are male and 73.9 percent are under the age of 35.

The Spread of Diseases

Because heroin is the most abused drug in China, there is also a rise in HIV/AIDS. Heroin is usually injected into the user’s arm, leg, thigh, foot, or anywhere on the body that a good vein exists. Many heroin users share needles and syringes and pass their blood and any diseases they may have onto other users.

Officially, in China there are over 22,000 confirmed cases of HIV/AIDS; of these 70.9 percent are heroin users. Other drugs such as methamphetamine are increasing in popularity, and China’s government is becoming concerned that this drug will cause more cases of HIV/AIDS, hepatitis, and other sexually transmitted diseases; this is because like Heroin, methamphetamine can be injected.

Treatment Inside of China

There is a limited amount of centers that offer treatment for drug abuse in China. Some hospitals offer treatment, but it is minimal. Some doctors in China have even been known to be hesitant to diagnose drug abuse, as it is considered to be a sign of character defect or bad habit. Hospitals that do offer treatment, usually only offer it for men, unfortunately women receive less attention and more shame if they have an addiction.

Most addicts enter compulsory centers involuntarily upon orders given by the government. Recently, the central government admitted that 90% of the Chinese addicts that completed the program relapsed once they left one of the centres.

Treatment Outside of the Country

China has a huge population of heroin abusers and addicts, as well as, many other addicts who are addicted to other types of drugs. Many of these addicts want to get help, but do not want to go to one the treatment centers set up by the government to treat addiction. Some addicts and their families do not want the government to find out about the addiction, or do not agree with the programs offered.