February 17, 2016Michael ShannonBlog
Gloucester Angel Program is going against the laws and placing addicts into addiction treatment instead of jail. 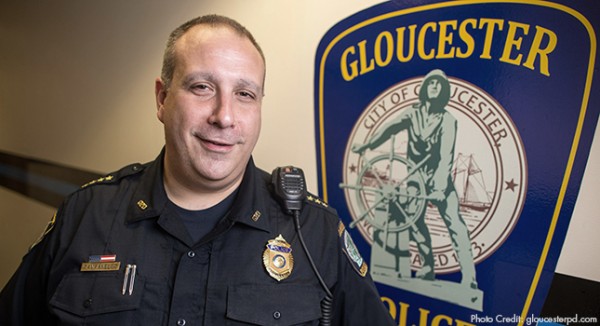 Since its start date in June 2015, the Gloucester Angel Program in Massachusetts, run by the local police department, has helped place over 390 addicts into addiction treatment programmes. Although criticised by some for taking the law into his own hands, Leonard Campanello could not sit idly by as he watched opioid addiction spiral out of control in Massachusetts.

In 2014 there was an estimated 1,173 opioid-related deaths in the state of Massachusetts alone, almost double the amount recorded in 2012. In many of these cases, opioid use likely began with prescription painkillers such as OxyContin, prescribed to patients for long-term pain. However, despite pharmaceutical companies originally claiming that these drugs are not addictive, they are! Incredibly addictive in fact. As this became public knowledge, doctors cut back dramatically on prescribing these drugs to patients. But for many patients it was too late — they were already addicted to the opiate effects. Of course, it is possible to find these drugs illegally on the street, but they come with a pretty hefty price tag. The cheaper alternative is heroin.

Heroin or Prescription Pills to Blame for Overdose Deaths?

Prescription painkillers include a range of synthetic opioids which mimic the effects of opiates such as morphine, heroin and opium. Thus, when someone suffering from an opioid addiction due to prescription drugs can no longer get hold of those drugs, they frequently turn to heroin because it is more widely available. This has seen a major shift in who the average heroin user is. No longer are heroin addicts typically homeless people on the big city streets, but they can be the former high school track star, the wealthy housewife or a successful business owner in the suburbs who sprained their ankle and was prescribed painkillers. There is evidence that the death of Hollywood actor Phillip Seymour Hoffman was attributed to prescription pills. After 23 years of sobriety he was prescribed pain medication which he admitted quickly escalated into snorting heroin. It is not clear what percentage of the opioid-related deaths in Massachusetts were from prescription pill overdose and which were from heroin, but what is clear is that something has to change in the way opioid addiction — and all substance addictions for that matter — are dealt with in the U.S.

“I’ve never arrested a tobacco addict, nor have I ever seen one turned down for help when they develop lung cancer, whether or not they have insurance. The reasons for the difference in care between a tobacco addict and an opiate addict is stigma and money. Petty reasons to lose a life.” – Chief Leonard Campanello

Police chief of Gloucester, Massachusetts, Leonard Campanello, made headlines with his declaration of change for how addicts were going to be treated in his district. Having spent seven years as a plainclothes narcotics detective arresting both dealers and addicts, he has seen first-hand how incarceration is not the answer. Noting that addiction is a disease, not a moral failing, Campanello reached out on Facebook in a message that has now been shared over 30,000 times. In his message, he made it known that any person who walks into the police station, turns over any unused drugs or drug paraphernalia and asks for help will not be charged. “Instead we will walk them through the system toward detox and recovery. We will assign them an “angel” who will be their guide through the process. Not in hours or days, but on the spot.” He also made the promise that he would work towards getting Nasal Narcan — a drug that can counteract the effects of an opioid overdose — available for little to no cost at any pharmacy, even for those who have no insurance. He claims that the police force will use money seized from drug dealers during arrests to subsidise the cost, making it available to anyone who needs it.

Criticism of the Gloucester Angel Program

Critics claimed that Campanello did not have the right to take the law into his own hands, changing how addicts and drug users were dealt with. However, Campanello does have plans of working with law makers in Washington to change the rules at a federal level. Since his addiction treatment programme in Massachusetts began, over 390 addicts have been helped into addiction treatment programmes. Approximately 40% of these people have come from the local area, while the rest have come from all across the country, which goes to show how badly addiction treatment programmes such as this are needed in the U.S. Since the programme began, 56 police departments in 17 states have begun programmes inspired by the Gloucester Angel Program, with 110 more departments claiming they are currently preparing to do so.

Addiction is a disease of the brain. Whether alcohol, cocaine or opioid addiction, it is important that those addicted get proper addiction treatment instead of incarceration. Director of National Drug Control Policy in the U.S., Michael Botticelli, is the first to admit that the war on drugs “has been all wrong” and that “We cannot arrest and incarcerate addiction out of people.” Just like we cannot expect those with cancer to just stop having cancer, we cannot expect those suffering from addiction to just stop being addicted.

How to Approach and Help a Drug Addict or Alcoholic