March 3, 2016Michael ShannonBlog, Gambling Addiction Treatment
Brad Martin spent 6 months in jail and had his dream job taken from him due to his gambling addiction. 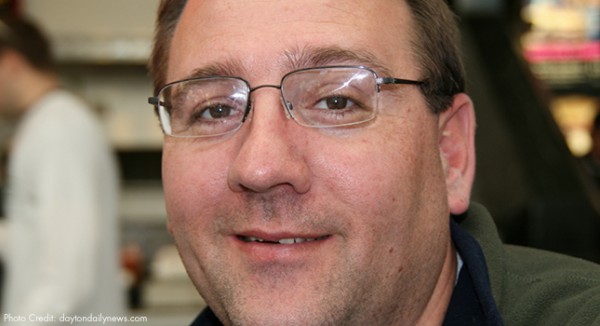 Brad Martin of Ohio, USA said that becoming the superintendent of the Tecumseh school district was the pinnacle of his life. However, it was not long until he had it all taken away due to his gambling addiction.

The Beginning of a Gambling Addiction

Martin was a regular guy. He had a wife and kids, and he was working in a career which he enjoyed when several casinos opened up in his area back in 2012. He was sent to Cincinnati for work when he started going to the casinos. However, what started as a fun way to pass the time and possibly win a few bucks turned into an addiction. He started going more and more frequently despite knowing that he needed to stop.

“When you get in there, it’s just the lights, the glamour…the fact that you can be the next millionaire without having to work for it. I could not leave no matter what I did.” — Brad Martin

In 2015, Martin admitted to spending over 300 hours in local casinos when he was supposed to be at work. He was lying to his wife about where he was and what he was doing and he was falsifying reports, forging cheques, taking cash and deceived the school district out of more than $40,000 USD over a two year period. Eventually, however, his lies caught up with him and he was put on mandatory leave by the school district and sentenced to 6 months in jail with 5 years of probation. He was also required to pay back the money that he stole from the school district. Martin says that he could easily spend 20 hours at the casino in one visit with no problem. But it was never black jack, roulette or sport betting that he spent the money on — it was video slot machines. “Everything in the world is shut down, except for me and that machine. It was the greatest time in my life. But at that time in my life, it was like the slot machine was my mistress,” he told the media after being released from jail. Martin’s wife, Jessica, knew nothing until he was put on leave. “I know everyone else is thinking the same thing — you lived in the house, how did you not know? But you do not know because the lies make sense,” she told reporters — which is incredibly common in addiction, especially process addictions such as gambling addiction.

The Role of Lying in Addiction

When any addiction strikes, it is not long before lies and deceit follow. Addicts lie for many reasons including feelings of denial and shame, to preserve their addiction, to avoid confrontation and out of a fear of reality. Nobody wants to be addicted, and thus addicts also lie in part to pretend to their own selves that they are not addicted — that they do not have a problem and can stop whenever they want. This is, of course, not the truth. However, if Martin had a heroin problem, Jessica may have been able to figure it out on her own a lot sooner. Drug and alcohol addictions have more physical warning signs than process addictions such as food, sex, internet or gambling addiction. A heroin addict might lose weight very quickly, look overall unwell, and have severe mood swings — not to mention track marks in their arm. Other than a dwindling bank account, gambling addiction does not have as many physical warning signs. However, there are some things that you can watch for if you suspect someone you know may have a gambling addiction.

Gambling addiction is often considered a “hidden illness” as it very hard to detect, however, there are a few signs and symptoms you can be aware of:

1. Becoming secretive about money and finances.

2. Getting irritated more easily when dealing with everyday activities.

3. Frequently ‘misplacing’ money that is actually used to gamble.

4. Planning trips or getaways only to places with casinos.

5. Sudden increase in business trips or other reasons to be away from home.

Unfortunately for Martin’s wife Jessica, Martin’s lies seemed pretty easy to believe. He was stealing money from the school district so she likely did not see much change in their personal bank account and he had just been promoted from assistant superintendent to superintendent which is when he had to start travelling frequently — meaning she would have no way of knowing how much was too much in his new position. This is, of course, why it is often considered a hidden illness — it is very difficult to detect in someone else.

Thankfully, treatment for gambling addiction is available and can be very effective — especially if caught early on. Similar to drug and alcohol addiction treatment, cognitive behavioural therapy (CBT) and the 12 Steps can be very effective treatment methods. At The Cabin Chiang Mai, we also use the Recovery Zones to help determine triggers and also safe activities to help gambling addicts lead a balanced life outside of addiction treatment.

Brad Martin says that he has not had the same urges to gamble after completing addiction treatment and is now focused on making amends with his family and everyone that he wronged during his gambling days. He is also focused on helping others who are in the throes of addiction to seek the help that they need to get better. “If I save one life, then I feel like my case was worth it,” he said, which is why he agreed to do an interview which has since been uploaded to YouTube. Gambling addiction is very serious and Martin was actually quite lucky to have come out of it the way that he did. Many people lose their family and loved ones and most material possessions making it quite hard to recover from. If you or someone you know is suffering from gambling addiction, contact us for a free assessment and start getting your life back on track today!

How Dangerous Can Money Be? Day Traders face Addiction