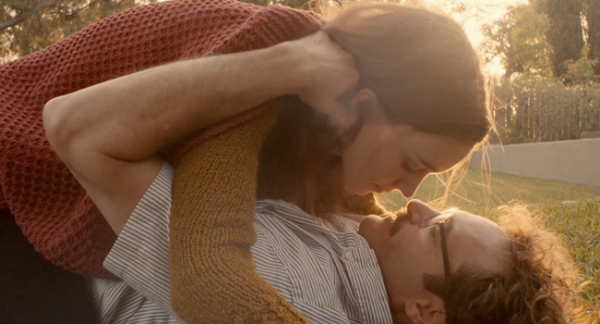 Hollywood films have not infrequently taken the subject of addiction as their theme. We have often seen characters struggle with alcoholism, drug addiction, gambling, or another addiction. But a sign of the times is the recent focus of feature films on internet sex addiction.

The most recent film of this nature, “Her”, was written and directed by Spike Jonze, an innovative filmmaker whose past credits include Being John Malkovich and Adaptation. While his earlier films broke ground for their narrative structure and inventive storytelling, Jonze’s latest also engages viewers with its focus on a most timely social issue: the growing dependency on technology.

The film is about an isolated man named Theodore (Joaquin Phoenix) who falls in love with a computer operating system, “Samantha” (voiced by Scarlett Johansson). The film takes place in a not-so-distant future where people rarely communicate with other humans, instead interacting primarily with their various computer devices. You’d be forgiven if it sounds a little too much like the world we already live in. The one major difference is that the OS, Samantha, develops an almost human level of consciousness, being able to even reflect on the relationship she has with users. She evens provides romantic relationships for many users. For better or for worse, we are not there yet with our current technology.

Although an artificial intelligence capable of sustaining a romantic relationship is not yet a reality, the internet is highly saturated with pornography. As reported in Forbes magazine, 4% of the world’s most popular websites were sex-related. Some estimates place the number of web searches for sex-related content at 13%. Finally, at least 2.5 million websites are blocked by web-filters designed to protect minors.

As some figures show, this is a problem affecting a significant proportion of men. Some statistics show that 25 million Americans view adult sites from 1 to 10 hours per week, and a further 4.7 million do so more than 11 hours per week. As the issue continues to grow and more people are affected, there will likely be more film and other artistic projects focusing on internet sex addiction.

This type of process addiction is just as harmful to the sufferer as it is to their family and loved ones and professional help is recommended.

HIV — Has Charlie Sheen Got What He Deserves?

Compulsive sexuality is a manifestation of the disease of addiction