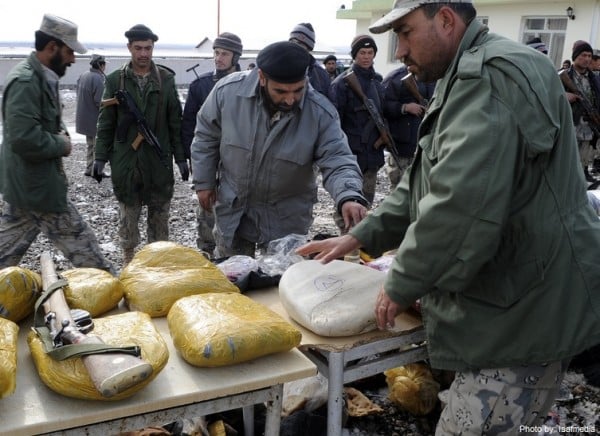 As law enforcement continues to crack down on criminal drug distribution networks worldwide, the results are often new and ingenious ways to smuggle drugs across the borders of countries where demand is high. Some of these methods are rather innovative, while others are getting more and more sinister.

The days of domestically made methamphetamine in oil form, being carried around disguised in Gatorade bottles has now morphed into international traffickers using human mules. These are often women from countries such as Nigeria or Mexico who ingest latex condoms or similar materials filled with water mixed with various forms of drugs. This clear liquid form makes detection extremely difficult unless the airport is equipped with high-sensitivity x-ray equipment.

Along the Mexican/U.S. border, primitive but effective catapults have recently been used to launch tightly wrapped bricks or packages of drugs in remote areas at night over border walls, with some success. Also, intricate tunneling systems are consistently being discovered to transport drugs underneath border fences and walls, especially in the San Diego area of the U.S.

Bribery is often utilised by drug trafficking organisations to allow large shipments through in trucks, boats, or other vehicles. Sometimes members of the cartel themselves, or people recruited by them, will apply for government positions – such as border patrol officers – to have someone “on the inside” who can aid them in transporting drugs across borders.

The most sophisticated technology being used is the SPSS, or self-propelled semi- submersible. These mini-subs are very difficult to detect in the ocean and can carry several tons of drugs as they confidently navigate their way up the ocean coasts, usually the Pacific Ocean. These highly-sophisticated clandestine watercraft are manufactured in Colombia and other countries in South America by drug cartels and are the newest threat to the DEA and drug enforcement agencies worldwide. With this kind of technology available to drug organizations, this could enable many different kinds of equipment to be used such as personal and or mini-drones flown over borders at night, or 3-D printing technology used for nefarious purposes.

Devious drug dealers will do anything for profit

Some Colombian drug traffickers have trained parrots as look out for police and to give a warning call when spotted. A pigeon was also discovered transporting marijuana to inmates in a Colombian prison. More basic and heartless means are also being conducted, such as the case of dogs being force fed bags of cocaine, crossing into Italy, and then having their stomachs sliced open. It is not known whether the dogs were killed before or after the drugs were taken out of their bodies.

This opens up the very sick but possible plausibility to the rumours of dead babies being used to transport drugs across borders, appearing to be asleep – their bodies stuffed full of drugs. With no evidence, however, it remains an urban legend. Not too far-fetched though, as in China there are cases of newborn babies being killed and desiccated – their remains packed in capsules – for Chinese and South Korean buyers who believe these capsules boost virility and fight disease. Also, aborted human fetuses have been dried and mummified for use in black magic rituals. Thus, if these acts are being carried out, it wouldn’t be too crazy to believe that drug smugglers might be transporting drugs in dead babies, now would it?

But even if it wasn’t utterly disturbing to think of these things as truths – how do they keep getting away with it? It’s no secret about these methods, yet people still continue to purchase and use these drugs that are being smuggled in horrific, terrifying, and often deadly ways. When will it stop?