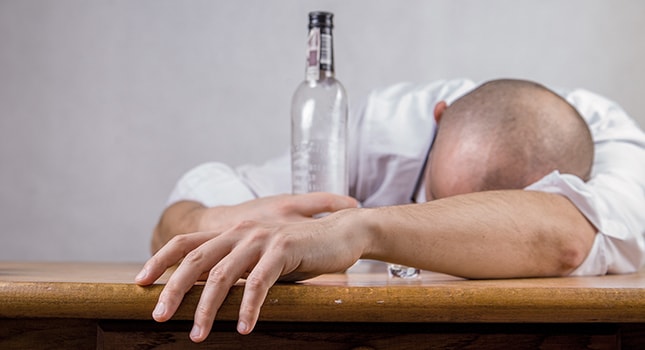 People who have an addiction to alcohol or drugs often suffer from a co-occurring mental health illness; such as, depression. Oftentimes, people who are in recovery and are unaware that they have depression (or any other mental illness) struggle with the ability to stay sober.

Is it Depression or the Addiction?

Symptoms of addiction and depression can be very similar. Many times, addicts are not diagnosed with depression because it can be incredibly difficult to differentiate depression from the emotional rollercoaster that goes along with a drug or alcohol addiction. For example: Sedatives, alcohol, and other varying drugs are considered to be depressants; when a person is under the influence of one of these, they may appear depressed, but in fact are only high. Some people experience symptoms of depression during withdrawal and even in early recovery symptoms can become present.

Oftentimes people turn to drugs or alcohol because of a tragedy; such as, loss of friend, divorce, loss of job, etc. It is common for people who exhibit symptoms of depression during their addiction to become better when they become sober and implement the coping skills they learned during treatment. However, there are people who were depressed before they began using drugs and alcohol and continue to be depressed during recovery. For these people, a rehab must be able to help their addiction and their depression.

When Depression leads to an Addiction

Some people may begin to use drugs or alcohol to deal with their depression. Counselors or therapists refer to this as ‘self-medicating’. The high that the substance causes can provide a temporary relief from sadness, worthlessness, or shame. Unfortunately, these bad feelings return when the high wears off. This creates a cycle of continuing use and eventually a dependence and addiction.

It is also common for people with depression to be unsocial and have difficulty holding a stable job. Many depressed individuals spend a great deal of time alone and have no social support network; as a result, they look to drugs or alcohol for comfort. Many experts suggest that depression may increase the risk of addiction. Statistics show that depression is 2-4 times higher amongst drug addicts and alcoholics than in the general population. Between 30 and 40 percent of addicts in treatment also suffer from depression; many of whom are women.

Depression is considered by most to be a lingering feeling of sadness, hopelessness, guilt, etc. These feelings are different from feeling stress out or a bit sad, they tend to appear almost out of nowhere and the person is unable to identify reasons on why they are feeling so bad. Activities that the person once considered fun are no longer able to create happiness; even getting out of bed may be extremely difficult.

The Cabin Can Help

Suffering from addiction and depression can make recovery more difficult. This is because when a person is feeling down, hopeless, or tired all of the time; it can be difficult to battle the struggles of an addiction as well. However, understanding how depression and addiction can be linked together and being aware that they can be treated simultaneously can be a great relief and make the entire recovery process go smoother.

From Vacation to Addiction: Backpackers Returning Home as Alcoholics

Moderation vs Abstinence in Alcohol and Opioid Addiction Treatment

10 Awesome Benefits of Getting Sober

The Dangers of Alcohol Detox