March 3, 2016Michael ShannonBlog
Read how Comedy TV show ‘Mom’, which focuses on alcohol and drug addiction, gets real when a character dies from drug overdose. 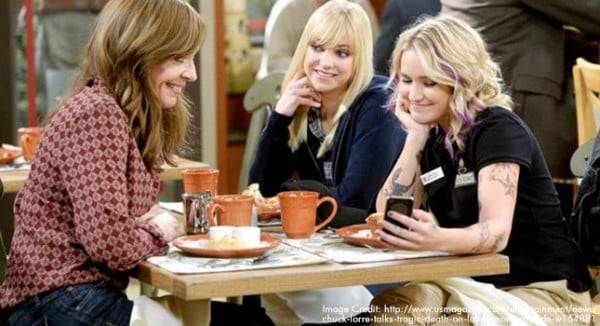 In its third season, TV show ‘Mom’, which puts a humorous spin on drug addiction, alcoholism and living life in recovery, kept one foot in the reality of addiction when one of its characters died of a drug overdose in the episode which aired February 18, 2016.

“Substance Addiction is a Life and Death Issue”

Despite being labeled a comedy, the creators of the sitcom Mom felt that it was necessary to show that addiction and recovery are no laughing matters. Co-creator Chuck Lorre told The Hollywood Reporter that “it felt important to the entire writing staff, including myself, that you do not lose sight of the fact that this is a life and death issue. Even though we are doing a comedy and our first issue is to somehow cause laughter, from the very beginning we have tried to make this show about recovering from alcoholism and drug addiction, and to do that without ever acknowledging the harsh reality of it seemed to be a cheat.” In a general synopsis, the episode was about the character Jodi (Emily Osment), a young recovering drug addict who started dating another drug addict who was very new to recovery — despite warnings that it was not a good idea from her AA sponsor Christy (Anna Faris) and other members of the recovery support group. After Jodi misses an important event where she was supposed to be present, Christy gets a phone call that Jodi has died from a heroin overdose. Tragic for the characters of the show, of course, and an awakening to all viewers that addiction really is no laughing matter. The episode also included a public service announcement (PSA), the latest from a series entitled CBS Cares, where the stars of the show flank either side of U.S. Surgeon General, Dr. Vivek H. Murthy as he announces that “drug overdoses kill more Americans than car crashes. Today 120 people will die from a drug overdose. Behind these numbers are families who need our compassion and help.” Anna Faris continues by reminding everyone that addiction is a chronic illness, not a moral failing.

Understanding Addiction as a Chronic Illness

Unfortunately, many people still view drug addiction and alcoholism as a moral failing — that instead of being addicts these people should simply stop using drugs or alcohol. Problem solved, right? If only it were that easy. The American Society of Addiction Medicine (ASAM) defines addiction as “a primary, chronic disease of brain reward, motivation, memory and related circuitry. Dysfunction in these circuits leads to characteristic biological, psychological, social and spiritual manifestations. This is reflected in an individual pathologically pursuing reward and/or relief by substance use and other behaviours.” This means that even while addicts may want to stop using drugs or drinking alcohol, they cannot. Their brain does not work in the same way as other people’s brains. Without treatment, it gets worse and worse over time until they finally can think of essentially nothing but their addiction. Nothing matters but their own addiction, and they end up hurting others and even themselves while in pursuit of their substance of choice. While some people can have a drink or take drugs recreationally every now and again with little or no effect on their lives, addicts’ brains react differently, and once they start they cannot stop.

Breaking the Stigma of Drug Abuse

While the basis of the show is still to be comedic to its viewers, Mom has also taken a big step towards helping break the stigma of addiction. As Dr. Murthy said in the PSA, 120 people die from drug overdoses every single day in America alone. And a big reason for that is that there is still a massive stigma surrounding drug addiction. The fact that so many people still believe that drug addiction is simply a moral failing makes it difficult for drug addicts to speak up when they need help for fear of being looked down upon by other members of society and of course, their own friends and family. Shows like this that can help accurately portray the reality of addiction will hopefully increase the amount of people who seek help. However, as the show depicts, even in recovery, relapse and overdose is still possible and actually quite common.

Why is Drug Overdose common in Addiction Recovery?

Especially with heroin, drug addiction relapse can easily cause an overdose because addicts will take as much of the drug that they used to during their active addiction — but their tolerance has gone down. Thus, the large amount of drugs that they consume leads to overdose because their body can no longer handle it. Tolerance is a big part of drug addiction. When a person begins taking drugs or drinking alcohol, just a small amount will have huge effects on them. As they take it more frequently, they need more and more of the substance to get the same feeling as they had before. Essentially, their body has become used to having the drug and has changed its entire functioning in an effort to perform its normal functions while the substance is in the system.

For those suffering from drug addiction, treatment is available. By using a combination of cognitive behavioural therapy (CBT) and the 12 Steps most addicts can find their way into recovery. However, as the show portrays, drug addiction never fully goes away, and it takes a daily commitment to recovery in order to stay sober. Understanding triggers and keeping yourself away from situations (in this case dating an addict who is new to recovery) that could possibly lead to using again is imperative for long-term recovery from addiction. As a chronic illness, addiction will always be there, but a good drug addiction treatment programme can teach you how to minimise the symptoms and lead a long, healthy and happy life. If you or someone you know is struggling with drug addiction, give us a call or send us an email for a free consultation to see how we can help you get your life back on track.

What is Binge Drinking?