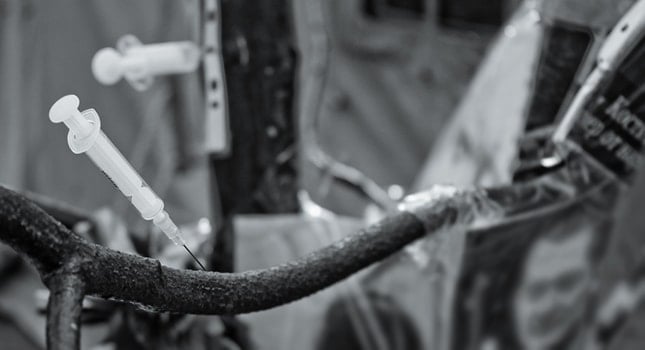 Russia, the largest country (size) in the world, with a population of nearly 142 million people, posses’ the world’s fastest growing drug trafficking and abuse problem. Officially, there are nearly 500,000 drug abusers registered in Russia; however, experts suggest that the number is at least six times greater. Prior to the USSR dismantling, Russia did not have a major problem with illicit drugs. However, over the past 20 years, the situation has taken a turn for the worst. To add to the problem, the country does not have adequate prevention or treatment programs in place.

The head of the Russian Federal Service for the Control of Narcotics has stated that between 1996 and 2006, there was a 15 fold rise in the number of drug related crimes, as well as, a 10 fold increase in the number of Russian drug users. As of 2009, there is an estimated 2.5 million drug abusers in Russia. The half million drug abusers that have registered within country are affected by discrimination, poor choice of jobs, and the denial of a driver’s license. This causes many Russian drug users to not come forward, admit they have a problem, and get help. Even more saddening, is that less than 10 percent of registered abusers get to go to a state run treatment facility. Because many of the registered abusers continue to use, they remain on the list until they pass away; which is often between 5 and 7 years after they began using. Many of Russia’s drug abusers are under the age of 30 with many being teenagers. A United Nations development program released a demographic report in 2009 suggesting that by 2025, the population of Russia will decrease by at least 2 million and could fall to 128 million people. Contributing factors to this drastic decrease in population included low birth rate, alcohol abuse, drug abuse, and the epidemic proportions of HIV/AIDS due to drug addiction.

The UN Office on Drugs and Crime states that Russia is the world’s biggest market for heroin and consumes 1/5 of all globally produced heroin. It is estimated that 30,000 Russians die from heroin overdoses each year. With the number rising and the demographic crisis already hitting the country hard, this could cause serious problems for the economy, given that many of the fatalities are young working age persons.

Nearly 90 percent of the world’s heroin comes from Afghanistan, with a large percent flooding into Russia. In 2002, Russian police seized 16 tons of narcotics, mostly heroin, in the first half of the year. Every year, the amount seized has dramatically increased. Nowadays, the biggest problem that law enforcement in Russia is dealing with is the illegal drug trade. This trade is run by criminal gangsters and organizations that make millions, more likely billions, of dollars each and every year. Stemming at the very bottom are the drug addicts who become helpless and often turn to non-violent crime to help aid their habit.

There are very little treatment options for drug abusers within Russia. Those that do exist have came under harsh criticism from advocacy groups including, Human Rights Watch. State ran centers may appear more like a jail, offer very little, and consists of heavy detoxification, medications, and basic therapies. The private centers in Russia are not much better and some have been accused of handcuffing patients a steel bed during their recovery. While there are few statistics on the success rate, some reports claim that 90% of addicts relapse within a year or less.

The drug abuse in Russia is extremely unfortunate. It is important for abusers of any kind of substance to understand that there are treatment programs available outside of Russia. This may not only be a better option, but oftentimes addicts recover better when they are away from their home; thus allowing them to focus completely on their addiction. The Cabin Chiang Mai is a private luxury drug and alcohol rehabilitation center located in Chiang Mai, Thailand. With Thailand’s easy visa regulations for Russian citizens, direct flights, and affordability, it is considered by most to be the perfect place to get treatment. The Cabin Chiang Mai will never discloses any personal information to anyone, including the home country government.

The Behaviour of a Drug Addict