Advances in neuroscience have allowed doctors and scientists to delve deep into the brain’s functioning to better understand the cause of addiction. The brain’s reward system plays a major role, alongside many other factors. 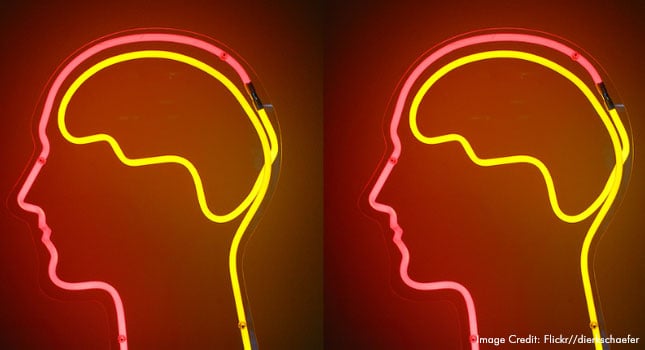 For far too long now, the stigma of drug abuse has led many people to believe that addicts lack willpower, and that they should be able to ‘just stop’ taking drugs. After all, millions of people experiment with drugs and alcohol each year without ever becoming addicted. However, the recent developments in neurobiology have given a better insight into what addiction actually is. By studying the brain’s reaction to different substances, scientists have been able to discover that drug abuse can actually alter the chemical makeup of the brain, which is what causes addiction.

How Does Drug Abuse Affect the Brain?

The brain sits at the epicentre of human activity. In order to do, feel or think anything, the brain is involved. It is the communication centre for the rest of the body, constantly sending out messages to different parts of the body through neurons, neurotransmitters, receptors and transporters.

When it comes to drug abuse, the regular communication pathways are interrupted. The National Institute of Drug Abuse (NIDA) explains it as follows:

“Drugs are chemicals that affect the brain by tapping into its communication system and interfering with the way neurons normally send, receive, and process information. Some drugs, such as marijuana and heroin, can activate neurons because their chemical structure mimics that of a natural neurotransmitter. This similarity in structure “fools” receptors and allows the drugs to attach onto and activate the neurons. Although these drugs mimic the brain’s own chemicals, they don’t activate neurons in the same way as a natural neurotransmitter, and they lead to abnormal messages being transmitted through the network. Other drugs, such as amphetamine or cocaine, can cause the neurons to release abnormally large amounts of natural neurotransmitters or prevent the normal recycling of these brain chemicals. This disruption produces a greatly amplified message, ultimately disrupting communication channels.”

When a person partakes in a pleasurable activity – be it a sexual encounter, a delicious meal, a monetary gain or even taking a mood-altering drug – the brain processes these different types of pleasure in the same way. Each of these pleasurable encounters cause a release of of the neurotransmitter dopamine  into a cluster of nerve cells just below the cerebral cortex, called the nucleus accumbens. Because this part of the brain is so closely tied to pleasure, it is often referred to as the brain’s reward or pleasure centre.

The reward system is present in the brain to ensure that humans repeat life-sustaining activities such as eating food, drinking water and mating. When people take drugs or drink alcohol, however, it basically sends the system into overdrive.

The Effects of Drug Abuse on the Reward System

Drugs cause a massive surge of dopamine in the brain – far more than one would experience during a meal or other natural rewards. The amount of dopamine released by drugs is usually 2 to 10 times higher than natural rewards, and the “feel good” sensation usually lasts much longer.  Drugs also cause the brain to release dopamine much more quickly than a natural reward as well.

There are three main factors that contribute to the likelihood of a drug being addictive which are as follows:

This is why the most addictive drugs of abuse are often smoked or injected – the drug makes its way to the brain much faster and with a great intensity. In turn, it promotes a rapid, intense burst of dopamine – giving the body such a high “feel good” sensation that the brain simply wants more of it once it starts to wear off. And because the pleasure is so much greater than that of natural rewards, the brain begins to want more and more of it to produce the same feeling – after all, that part of the brain exists to encourage humans to repeat activities that trigger the release of dopamine.

Tolerance and Addiction in the Brain

If the sun is too bright, you put on sunglasses. If the volume on your television is too loud, you turn it down. The brain works in a similar way. In an effort to adjust itself to these surges of dopamine (and other neurotransmitters), the brain reacts by producing less dopamine or by shrinking the amount of receptors that can receive the signal. This means that the ability to feel pleasure from any activity is significantly reduced. Natural rewards barely register in the reward system anymore, leaving the person feeling deflated, depressed and unable to enjoy the activities they once found pleasurable – and instead they seek dopamine-flooding drugs. Because the brain’s reward system is less reactive, a person will also need to take more of the drug than before in order to get the same feeling. This is what is called tolerance.

Other Contributing Factors to Addiction

In order to become addicted to a substance, of course, one must take the substance in the first place. But as mentioned earlier, many people are capable of experimenting with drugs (or alcohol) without any ill effects. So what is it that makes some people get addicted?

Scientists have concluded that the cause of addiction is 50-60% genetics and 40-50% environment. Some people have less active reward centres, causing them to feel depressed and lifeless even before they experiment with drugs. For many, the first experimentation with drugs is an attempt to fill a void. Famous comedian and recovering addict Russell Brand said, “Drugs and alcohol are not my problem, reality is my problem, drugs and alcohol are my solution.” He continued, “I look to drugs and booze to fill up a hole in me.”

In other cases mental illness, child abuse, addicted parents or other factors play a role in the development of addiction. The important thing to understand, however, is that once drug abuse has affected the brain’s reward system, it is usually incredibly difficult or impossible to stop using without professional addiction treatment.

Getting the Right Addiction Treatment

The Cabin Chiang Mai is a residential rehab centre that offers a unique and effective treatment programme for those suffering from drug abuse and addiction. Combining Cognitive Behavioural Therapy (CBT), mindfulness and our own Recovery Zones we are able to work with clients to re-train the brain, making it possible to stop using. If you or someone you know is suffering from addiction, contact us today for a free, no-obligations assessment to see how we can help.