Drug Abuse Amongst Women in India 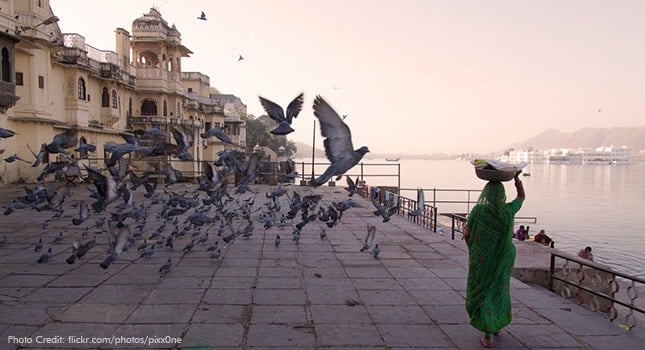 Within the family where drugs are being abused, it is normally the woman who is affected the most. In India, women are considered to be disadvantaged and minorities. Unfortunately for the women in India who are bearing the burden of a drug user in the family, they are looked very down upon, and become very affected.

Drug abuse impacts not only the user, but the family and community as a whole. Drug abuse is becoming increasingly common in India and the adverse affects on the families of users is tremendous. In India due to drugs, relationships and families are damaged, health costs are on the rise, and crime has increased in many areas.

Because of the drug abuse in India, women are not only having to deal with the problems of family members abusing drugs, but Indian women themselves are turning to drugs for numerous reasons.

One must understand that the society in India has begun to go through a major transition over the past two decades. Roles are changing, stress is becoming more prevalent, and changes in lifestyle are all creating new problems that India is not use to.

Because women are a minority in India, drug abuse amongst them was not recognized until recently. With this new recognition, research and statistics will begin to include numbers of women drug abusers in India. This is a great stepping stone and with time, India will be able to find strategies to help these women and the problems that they face.

Women in India do not only have to deal with drug abuse amongst family members, but drug use amongst their own gender. There is very little information about the amount of female drug abusers in India, but what is known is that many of these drug abusers are sex workers, street peddlers, and the undereducated. Many of these women were introduced to drugs by a friend, but some were introduced to them by their husband.

Women who have a family member that abuses drugs may also turn to drugs to escape the emotional and physical problems that they are going through.

The most commonly abused drugs that women use are heroin and alcohol. Indian women who have been asked about their addiction to these drugs have reported that they feel humiliated and powerless to their situation, and they often suffer from physical and emotional problems. The women abusing drugs in India often receive little or no support from their family or friends; this may create an even greater desire to use.

In India, some of the women who have a drug user in the family turn to prescription medications. These may be stimulants to give them more energy, opiates to numb their pain, or depressants to help them relax and sleep. As the family member’s abuse progresses, the woman’s use normally increases as well; eventually they will both end up addicted.

The women in India have a huge social disadvantage and are going through a rapid social and cultural change. These changes are creating a rapid number of drug abusers; both men and women.

Spousal or in Family Use

The women of India who are wives or mothers of drug addicts have many difficulties to deal with. Their family member may be unemployed or spend a large amount of their salary on drugs. In some cases users will rely on their family members to supply them with money. This creates a huge economic burden, especially when the family is already financially suffering.

Some of these women have to work long hours and take care of the house and family. In certain cases because of drug abuse, women in India are emotionally and physically abused. One of the biggest problems that these women have to face is the burden of blame.

The women may be blamed for being responsible for the drug use, blamed for hiding the use from other people, and blamed for not getting help for the user; therefore, the woman is not only the victim of the drug user but also a victim of society’s judgments.

The women in India commonly feel guilty, ashamed, embarrassed, depressed, anxious, isolated, and some are even suicidal due to judgments of others in the communtiy. In addition to these feelings, many women experience physical health problems like insomnia and weight loss.

Getting Help Before it is Too Late

Drug abuse impacts the women of India in two ways: women who have a family member abusing drugs experience an enormous burden; and the women who are abusing drugs are caught up in a potentially grave situation. These women are likely to begin working in the sex trade if they do not already. Having unsafe sex and practicing unsafe drug use is very common in the sex industry of India. Getting help before this happen is always an option.

In India there are treatment options for drug abusers; however, many users fear getting help locally due to exploitation, lack of support, and other people finding out. These fears may make some people to not want to get help for their addiction.

Signs of Ketamine (Special K) Use