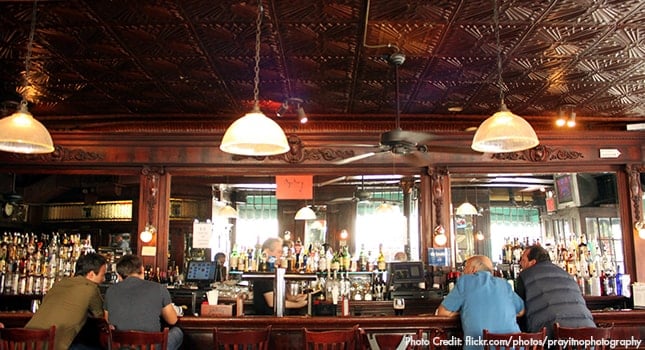 This past week, the New York Times published an article about the role that alcohol consumption plays in American business; much more than a social lubricant, consuming alcohol can make or break a business decision, and including beer or wine in an after-hours work meeting is perhaps in the best interest of the company. It’s a phenomenon that encourages the idea that those who cannot drink heavily cannot be successful in business—but in reality, it can lead to addiction and a reluctance to admit that one must seek alcohol addiction treatment.

Terry Lavin, an advertising-sales executive for Forbes magazine, told the New York Times about his decision to stop drinking after alcohol had always been a large part of his business deal making. Though he felt healthier, he mourned the blow to his success that his abstinence caused: he would call business partners who had access to large advertising budgets, and ask them out for drinks, but after they realized that Lavin would not be joining them in the drinking, they politely declined.

Oft-recognized for its heavy drinking, the complexities of Japanese business culture were brought to the public’s attention when the country’s Finance Minister resigned in 2009, supposedly after appearing drunk at a meeting of international leaders in Rome. In an article that details the leader’s stepping down, Japanese businessmen told the publication that drinking was part of the work they were expected to do. This intrinsic connection—between work and alcohol abuse—could be, the author posits, a reason for Japan’s rise in alcohol-related deaths; if drinking while working is not seen as a problem, but as a given, how can those who are addicted feel comfortable enough to go to alcohol rehab and seek out alcohol addiction treatment?

It seems like those who opt out of consuming alcohol during work meetings are consigned to lose business, or to be pegged as poor dealmakers. It’s a debilitating association; declining success in one’s career could cause depression, creating another avenue to alcohol abuse. In the end, business should hinge on work ethic and talent, and not on stigmas—especially ones that can be so deleterious to health.

Prevention of Drug Abuse and Alcoholism Begins at Home