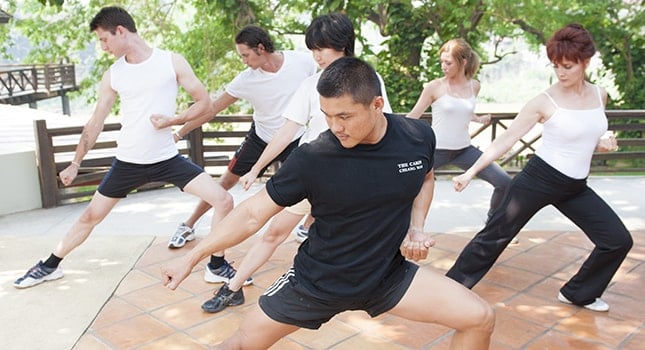 Paul Bayes-Kitcher, a former dancer with the Birmingham Royal Ballet, just finished his first season as director of U.K.-based Fallen Angels Dance Theatre. The group presented their first piece entitled Chapter One: Battle for the Soul, a narrative and emotive dance performance. And despite only founding the company in 2011, Bayes-Kitcher and his dancers have received a number of positive reviews. So, what’s their secret?

It’s this: the company aims not just for excellence in artistry, but excellence in social awareness. By employing only recovering addicts as dancers, Bayes-Kitcher and members of Fallen Angels hope to spread awareness of drug and alcohol addiction. It’s a transformation of unprecedented sorts: a stage becomes an addiction treatment centre, and the mistreated body executes beautiful movements.

The stress of a professional dance career can be dizzying: choreographers expect physical precision and emotional commitment. In 1987 Patrick Bissell, a leading male dancer for the New York-based American Ballet Theater, died as a result of a cocaine overdose. His death shocked the ballet world; a form of dance that originated in royal courts, ballet performers strive to execute clean and regal movements, and their movement speaks of a beautiful and well-maintained body. The following year, the New York Times reported on Bissell’s death, calling into question the dance company’s drug policies in regards to its dancers. Despite evidence that their response was thorough—Bissell underwent weekly drug tests, and the company saw to it that he received addiction treatment—the article begs the question, is the professional dance world ignorant of the need for a holistic approach to its artists’ health? Despite the dark subjects of many forms of art, can artists—even those who have completed addiction treatment—lead healthy lives?

At the height of autobiography, the Fallen Angel Dance Theatre’s inaugural performance Chapter One: Battle for the Soul, is a dance piece choreographed by the dancers, about the dancers—specifically, their experiences as addicts and now as recovering addicts. The Fix, an online magazine dedicated to addiction treatment and recovery, cites reviews of the company’s first season of performances, and how several British dance reviews have praised them as significant players in contemporary dance.

The reason for this could be their passion; is it possible that the recovering addicts dance with more life than a dancer who has not, for some, come close to death? In the same article on The Fix, Bayes-Kitcher was quoted as saying that some of the performers had been begging for drug money outside theatres just the year prior. The next year they found themselves inside the building, performing.

It’s well-documented that physical activity is an integral ingredient of any successful addiction treatment; not only does it reverse the physical damage done during the time of an addict’s abuse, but the release of endorphins helps to maintain a healthy mental state as well. Dance promises the benefits of a workout with the emotional exploration of theatre: recovering addicts can express feelings concerning addiction treatment or their former abuse. Now thanks to Fallen Angels Dance Theatre, there is an opportunity for the voices of addicts to be heard, and for them in many ways, to continue to receive addiction treatment.

Before Checking Into Rehab: Taking Care of the Small Details