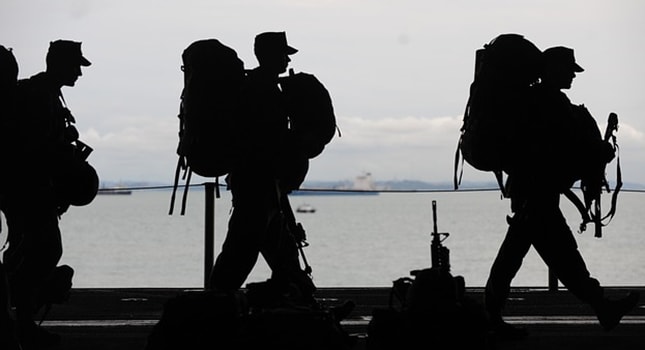 The United States Military is expanding their drug testing programs this year to include prescription medications that are commonly abused such as hydrocodone and benzodiazepines. This effort is being done because prescription drug abuse in the US Military is rising incredibly fast with one Major General stating that “…this trend is reflected in the military services.”

The operations led by the US Military put a tremendous amount of strain not only on the active duty personnel, but on also veterans returning home, and their families. The multiple deployments, face to face exposure with combat, physical injuries, loneliness, post traumatic stress disorder, and the several other issues facing these individuals has caused a large percentage of them to seek out prescription drugs as a way to cope. According to a Department of Defense survey, illegal drug use has declined, but prescription drug abuse and alcoholism have dramatically increased. Between 2002 and 2005 prescription abuse doubled and between 2005 and 2008 it tripled; unfortunately there are no signs of it slowing down. Data released from the Pentagon Health Office stated that “military doctors wrote almost 3.8 million prescriptions for pain relief for service members in 2009- four times more than the 866,773 doses handed out in 2001”. Military officials are reporting that prescription drug abuse is much higher on base than outside in the general population with civilians, such as spouses and non-military workers on base, and even children accounting for 5% of abusers and at least 11% of active duty personnel overusing these meds. The USA Today recently published an alarming fact in which “An internal Army investigation report revealed that 25% to 35% of about 10,000 soldiers assigned to special units for the wounded, ill or injured are addicted to drugs.” Substance abuse hospitalizations have raised to at least 250 persons per month in 2009, this number is up from 100 in 2003. Keep in mind that these staggering statistics are only the latest available and it is probably safe to say that the numbers are now higher.

The US Military has taken measures to try and prevent further abusers by limiting prescriptions handed out by doctors working at any military hospital. Anyone who has been given a written prescription for any of the commonly abused medications must be routinely reevaluated by a doctor before being given another prescription. Additionally, prescriptions filled at any military hospital for any type of narcotic, opiate, or amphetamines are now only given for 30 days to not only active duty members, but also retirees and civilians such as family members.

Drug testing, through urine samples, for the abused prescription medications will begin in May. Officials are hoping to decrease the numbers that seem to be mirroring the drastic rise in abuse throughout the United States. Those that test positive will be sent to get treatment at a facility; additionally commanders can make recommendations if they believe a person needs help, even if he or she has not tested positive. Disciplinary action may take place to anyone who does not follow the strict rules and regulations that have been put in place. Top officials are encouraging all military personnel who may have a problem with prescription medications to seek treatment at a facility. They say that there will be no punishment for those speaking up and getting help.

The Cabin Chiang Mai is a rehabilitation facility located in northern Thailand and treats those who are addicted to drugs, including prescription medications, and alcohol. We welcome anyone in the US Military, or otherwise, who has a problem and would like to get help. Please contact us today for more information.