Columbine survivor Austin Eubanks speaks out about his addiction to painkillers after witnessing the brutal murders and losing his best friend in the Columbine High School shooting of 1999. Now five years clean, he hopes he can help others by talking about his experience with trauma and addiction. 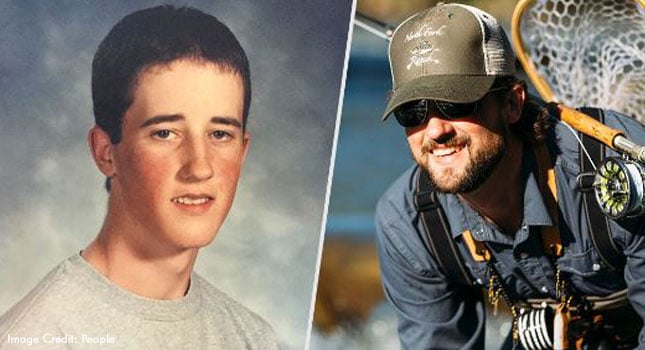 Survivor of the infamous Columbine shooting, Austin Eubanks chose the anniversary of the tragic event this past April to share the story of his survival and the 12-year painkiller addiction that followed.

On April 20, 1999, two senior students at Columbine High School in Colorado, US opened fire on innocent students and teachers, killing 12 and injuring 21 more. Austin Eubanks was in the library with his best friend Corey DePooter, when they heard a bomb go off. A teacher instructed everyone to get under the desks, but that was not enough to keep them safe. One of the shooters entered the library, aimed his automatic gun under the desk and fired, killing DePooter and injuring Eubanks’ hand and knee. Eubanks and the other survivors ran outside the school where they were met by police and emergency services.

For his injuries, Eubanks was immediately prescribed a 30-day supply of opioid painkillers, despite the fact that he told doctors the pain was not severe enough to warrant prescription medication. He took them, however, as he quickly found out that these pills offered him a way out of the emotional pain even more so than the physical. Within three months, Eubanks was addicted to the painkillers, using substances every day.

“I learned to manipulate doctors,” Eubanks told The Fix in an exclusive interview. “I could literally get whatever I wanted. Telling them I’d been shot at Columbine and lost my best friend was like (getting) an open prescription book from any doctor.”

Eubanks continued to take the prescription drugs along with smoking marijuana and drinking alcohol on a regular basis, in an effort to keep the traumatic emotions associated with the shooting at bay. “I never had to feel anything that way,” he recalled.

The Link between Trauma and Addiction

Eubanks’ case is not unfamiliar. More than 50% of individuals seeking addiction treatment meet the criteria for PTSD (Post Traumatic Stress Disorder). When someone suffers a traumatic event, it is all too common for the person to seek solace in mind-numbing substances in an effort to keep from reliving the trauma in their mind.

However, without fully facing and dealing with the trauma with the help of a professional counsellor, substances only mask the underlying problem, making it almost impossible for the affected individual to cease their substance abuse.

Treatment for Addiction and Trauma

After the Columbine shooting, Eubanks finished high school with a home tutor and graduated in 2000 without ever setting a foot back in the school. He went on to work in the fast-paced advertising industry and married in his early 20s, receiving his first child soon after. But during this time his substance abuse was only getting worse.

Eubanks’ first attempt at sobriety was in 2006 with a 30-day inpatient programme but went straight back to his old habits as soon as he arrived back home. In 2008 he wanted nothing more than to rid himself of his addiction and entered another inpatient programme, this time for 90 days. He was more successful this time and achieved 8 months of sobriety. His newfound sobriety gave him confidence and he believed that he would be fine having a few drinks because alcohol was never the main problem. Unfortunately, after a few weeks, drinking alcohol led to smoking marijuana, which led to Xanax, which eventually led him straight back to OxyContin, one of the most addictive and widely-abused opioid painkillers on the market – also his favourite drug to abuse.

His relapse into active addiction caused his wife to leave with their now two children, and Eubanks woke up on April 2, 2011 in a jail cell with no recollection of how he got there. The last thing he could remember was going to a baseball game, having taken OxyContin and drinking alcohol. He was hungover and the opiate withdrawal symptoms were already kicking in as he sat in that jail cell, and he knew that this time he had to get better or he feared that he would die – and with a wife and two children in the world, he knew that he was not ready for that.

Eubanks checked himself into another treatment centre, telling staff “Tell me how to walk, how to talk, what to do and I will do it.” He was more determined than ever before to get clean and turn his life around – and he managed to do it!

Now five years sober, Eubanks works in a treatment centre in Colorado and attributes much of his success to a comprehensive and well-rounded treatment programme that focused on four different aspects: medical, clinical, wellness and family – which is similar to the programme used at The Cabin Addiction Services Group’s various locations.

Eubanks said that his treatment programme not only taught him about what exactly was going on with his brain, but also helped him gain new skills and a positive outlook to prepare him for the real world upon exiting treatment.

The Cabin Chiang Mai uses a similar treatment model as described above, incorporating all four components: medical, clinical, wellness and family. A team of doctors and nurses is available onsite 24/7 to monitor clients and prescribe medication as needed. Clinical treatment involves addiction counselling in both private and group sessions as well as diagnosis and treatment for underlying mental wellness issues such as trauma or mental illness. Wellness includes a variety of subjects such as mindfulness meditation, yoga, physical activity and opportunities for exciting excursions and even volunteer work. And last but not least, we offer a family programme for partners and relatives of clients being treated at our facilities. Involving family members in treatment significantly increases the chances of long-term recovery.

Getting the Addiction Treatment You Need

Austin Eubanks waited almost seven years to seek treatment for his addiction and suffered for 12 long years before he found himself in long-term sobriety. The sooner you get help for your addiction, the better your chances are of achieving long-term recovery – so do not wait to seek treatment! If you or someone you know is suffering from addiction, contact us today for a no-obligations assessment to see how we can help you or your loved get back on the path towards a happy, productive and healthy life.

The Importance of Co-Treating Trauma and Addiction

A Call for Effective Treatment Options in Southeast Asia