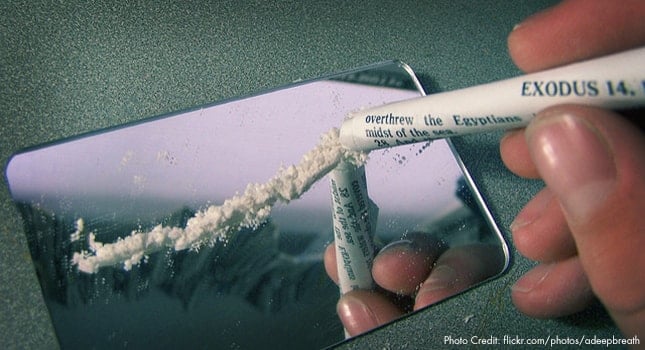 In an article entitled “How Americans Said No to Cocaine After Years-Long Addiction”, NPR reports an interesting find: how cocaine abuse in the U.S. dropped by nearly half since 2006, a number originally reported by the Christian Science Monitor.

NPR’s story breaks down three factors that contributed to the decline in drug abuse, including a near-cease of shipments of the drug from Colombia in 2008, and a U.S.-wide understanding of the effects and dangers of cocaine use.

But what I find most intriguing is the idea that a nation’s ethos can contribute to a drug trend. NPR staff interviewed Jay McInerney, author of “Bright Lights, Big City”, a book about glamour and cocaine use in New York City in the 80s, on the topic of how the way Americans were living in the 80s may have fuelled their cocaine addictions.

“’The ethos in fashionable Manhattan was that you worked hard all day and you stayed up and partied all night…and cocaine seemed to facilitate that kind of approach to life,’” McInerney told NPR.

“’In the space of a few years, cocaine went from being something that was surreptitiously snorted off of toilet stalls in these kind of grimy clubs to something that was being done on table tops in chic restaurants by investment bankers,’” he said.

It is revealing to think about how life priorities among a culture, especially one in which a successful career is often viewed as more important than a healthy lifestyle, have the power to ignite the abuse of drugs.

Even more, a country’s ethos can fuel the use of a specific drug that makes a desired lifestyle attainable, at least for a short period of time; or, at least until the user must enter a drug addiction centre, and entirely reset his or her life choices.