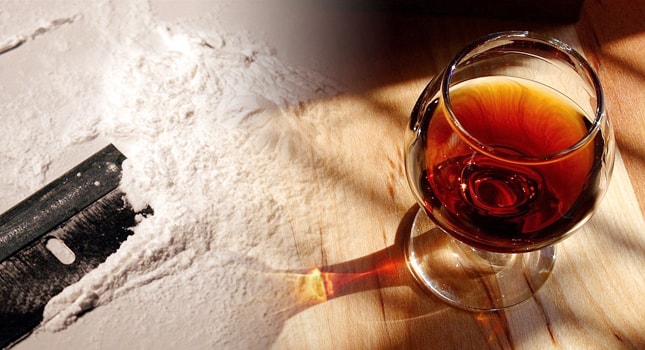 People who combined cocaine and alcohol, and were aware of the dangerous effects, were asked why they continued to do so. Nearly all said because the pros outweighed the cons. They enjoyed the increased and prolonged euphoria, a feeling that they could not get with using only one drug. Most also claimed that they have never had any health related problems or emergencies, nor had known anyone with related problems. Unfortunately, most did not know how fatal the combination was. Most thought that there were dangers when mixing cocaine and alcohol, but never realised that the two drugs could create a third and they could have an overdose and die.

The cocaethylene toxins build up over a period of time and begin to work on the liver. The combination of alcohol in the liver, with the effects of the cocaethylene in the system is a contributor to massive liver failure, even if the user is at a young age. This is sad that a person at an early age could potentially damage their liver permanently or die because they were unaware of how serious this dangerous combination can be. However, liver damage, and ultimately failure, is not the only danger of mixing cocaine and alcohol.

Research is currently ongoing, but what has been found in recent studies is alarming. These studies are showing that cocaethylene builds up in the liver and begins to cause palpitations, blockages, and deterioration within the heart. Young people are especially at risk, not only because of the additional strain caused by cocaethylene, but because many younger people take on strenuous exercises that may be part of their daily routine and this causes more strain.

Many people who have/had mixed cocaine and alcohol, and are in their thirties, are developing serious heart problems, having heart attacks, and even dying. There is a growing suspicion that this dangerous combination and the creation of cocaethylene may be responsible for young people with heart problems. According to US Drug Abuse Warning System, “cocaine and alcohol abuse is a major cause of emergency medical admissions” and “the cause of increases in cocaine-related mortality”.

Steven Cox, deputy head of the charity Cardiac Risk in the Young, said that nearly 12 young people, who appear healthy, are dying every week in the UK from heart related illnesses. He went on to say that one in 300 of these people did have an underlying heart condition, but the remainder did not.

Some countries have tried to educated people about the dangerous effects of mixing cocaine and alcohol by placing advertisements throughout cities, especially around bar and nightclub areas. However, at this point and time, the effort is not enough. Many professionals are mad because to them the issue is being ignored while thousands are dying. More money and time must be spent on education the general public about the dangerous combination of alcohol and cocaine.

All Drugs Are Dangerous

There are dangers of using any kind of drug for a ‘high’, no matter what it is, how much is consumed, or with what it was mixed with. Thousands, more likely millions, of people have died the first time experimenting with a drug and other people are unaware of the dangers that drug use has. It is important to become educated about drugs and the dangers of mixing them, especially cocaine and alcohol.

8 Benefits of a Treatment Centre for Drugs & Alcohol