Clonazepam Use, Abuse, and Addiction 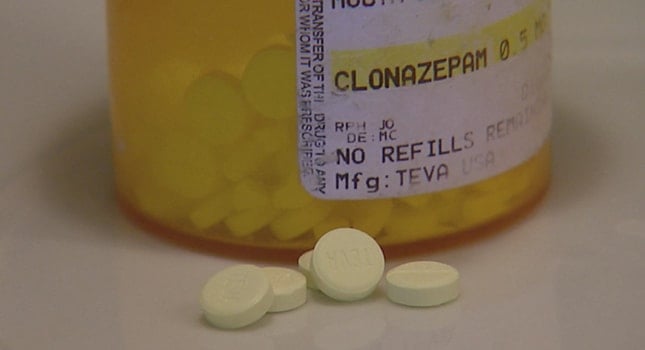 Clonazepam is a benzodiazepine and it marketed under names like Klonopin and Rivatril. It contains properties that act as a muscle relaxant and anticonvulsant. Clonazepam is a fast acting and a long lasting drug; therefore, a user does not need many doses per day.

Doctors normally prescribe this drug for no more than four weeks. This is because Clonazepam users can develop a tolerance very quickly and an addiction will likely follow. The effects felt from Clonazepam are calming and relaxing, as a result, people tend to abuse it, if they do not quit their abuse, they may develop an addiction to the drug.

How a Person Abuses Clonazepam

People who abuse Clonazepam may have been given a prescription for panic disorder, OCD, or even epilepsy. Users taken it for these conditions may begin to feel like they need the drug to function properly, and instead of quitting, they change doctors to get a new prescription. Other people may abuse it by buying it online or on the streets. In both situations, users have begun to abuse Clonazepam; they most likely have developed a tolerance to the drug and have had to increase their dosage at least one time.

What Does Clonazepam Abuse Mean?

Clonazepam abuse means to either take more of the drug than is prescribed or to take the drug for the effects that it creates. When a user begins to abuse Clonazepam, they are putting themselves at risk for health, family, and work related problems.

Abusing this drug can create an extreme “mental grip”; leaving the user to want more and more of the drug. If they do not quit their abuse at this point, it is almost guaranteed that they will develop an addiction.

The reason that this drug is only supposed to be taken for a relatively short period of time, is because an addiction can develop very quickly, especially when abused by using it in high doses, or for longer than prescribed.

When Clonazepam is used, the person may seem to have difficulty concentrating, confusion, and impaired motor and cognitive skills. When it is abused, and the effects of the drug start to wear off, the user may take more of it, in doing so, they will be developing a higher tolerance and a mental addiction at the same time. Depression and rapid mood changes normally accompany an addiction to Clonazepam.

Doctors say that one-third of people who use Clonazepam for more than four weeks will develop an addiction to the drug, this will serious affect the user’s body. Physical symptoms can start very fast with heavy abuse or addiction. Some of the physical symptoms can be very noticeable; such as, lack of coordination, dizziness, slurred speech, and lethargy.

An overdose can happen at any time, the user does not need to abuse or have an addiction to the drug; however, an overdose on this specific drug is not very common. It should never be mixed with alcohol or other drugs, as this could create potentially harmful effects, it could even be fatal.

When abused a tolerance will develop and then the use will most likely develop an addiction. Once the user has an addiction to Clonazepam, they will experience potentially severe withdrawal symptoms when the drug wears off.

These symptoms are very unpleasant and can make quitting very difficult. Some common withdrawal symptoms that are associated with Clonazepam abuse and addiction can include: seizures, hallucinations, aggression toward others, tremors, pain and cramped muscles, and insomnia.

Some withdrawal symptoms can last several months or years; such as, anxiety, insomnia, tinnitus, tingling and numbness in limbs, muscle pain and tension, cramps, weakness, and cognitive difficulties.

Treatment for Clonazepam Abuse and Addiction

Anyone who has abused or has an addiction to Clonazepam will require a gradual weaning from the drug in order to avoid a painful withdrawal. If the user is opting for treatment, they will normally begin at a detox and then move on to a rehab centre.

At the rehab centre, they will continue to receive treatment for their addiction, work on any underlying problems, and learn various methods to live a drug free life.

We have the knowledge and tools to help you or anyone who has an addiction to Clonazepam or to any prescription drug. If you or someone you know needs help, please contact The Cabin Chiang Mai today.

What are Designer Drugs?