Circumstances that may lead to Alcohol Abuse or Addiction 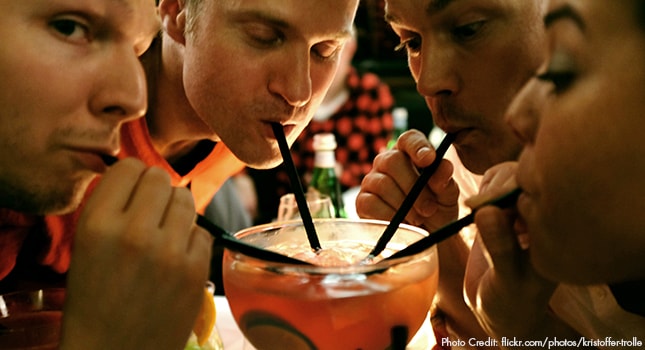 Alcohol is one of the most abused substances in the world. It is estimated that at least 75,000 people each year die in the United States from alcohol alone. Alcohol abuse aside, there are numerous other substances people choose to turn to; unfortunately, many become frequent abusers and eventually develop an addiction. There are various reasons why a person chooses to abuse alcohol or drugs. Some people begin to use it out of curiosity, but with others, especially abusers or addicts, there are underlying circumstances that influence their decision.

Four Circumstances That Could Lead to Abuse or Addiction

This article will discuss four types of circumstances that could lead to alcohol abuse or addiction. These are especially important to acknowledge as they happen throughout the world and are apparent in nearly every city and town.

A person’s social status refers to their position in society. This is typically based on their level of education, their income or occupation, where they live, and even their ethnicity and cultural background. Alcohol abuse is present in all social areas, from low to high class and everywhere in between. There is a common assumption that people who are lower class or at the poverty level are more prone to alcohol or drug addiction. However, although a person at that level may be struggling with their daily life may seem more likely, a person who appears to be responsible because they have a nice house and good career is at the same risk for addiction.

A person who abuses alcohol can come from any society, race, religion, or social group, it does not matter where they are at socially. The main factor comes down to the individual and their own circumstances. It can be noted however, a person considered to be a minority or from a different cultural background may have to deal with unwanted discrimination that could eventually lead to the use and abuse of alcohol.

A person who is homeless will not have any fixed or regular accommodation. They will normally try to stay at shelters or other temporary sleeping centers. Many people assume that a person is homeless because they are alcoholics or drug addicts. Although an addiction can lead to the loss of a job, house, family, and friends, this is not always the case for someone being homeless. A common situation however is that a person who becomes homeless also becomes susceptible to alcohol or drugs. This is because both substances can provide a temporary escape from reality and the problems that they must deal with on a daily basis. Unfortunately, many people that are homeless feel that all is lost; they become hopeless. This can cause a person to desire alcohol or drugs to escape; this only creates a bigger gap of personal growth, achievement, and development.

A mental illness is a psychiatric condition; such as, bipolar disorder, schizophrenia, and severe depression. A person suffering from a mental illness may appear to have an altered mental status and a distorted perception of reality. Experts suggest that people who have a mental illness are more susceptible to abuse alcohol or drugs. This is because many of them live in areas that allow for easy access to drugs, they have a hard time socializing, and they do not have or have only a few relationships. These all can lead to isolation and different beliefs which can cause a person to turn to alcohol or drugs. It is estimated that between 29 and 50 percent of people with an addiction to drugs or alcohol also have some form of a mental illness.

It is widely known that people who grow up or live in a home that was susceptible to abuse, violence, or neglect may have a higher risk of abusing alcohol or drugs. People who have dealt with this often turn to alcohol or drugs as a means of coping with their often traumatizing experiences. Children growing up in these environments are also at risk of abusing substances at an early age or when they get older.

While there are other circumstances that may lead to alcohol or drug abuse or addiction, these are some of the most common ones. It is important not to blame the circumstance itself, but acknowledge it and overcome it.