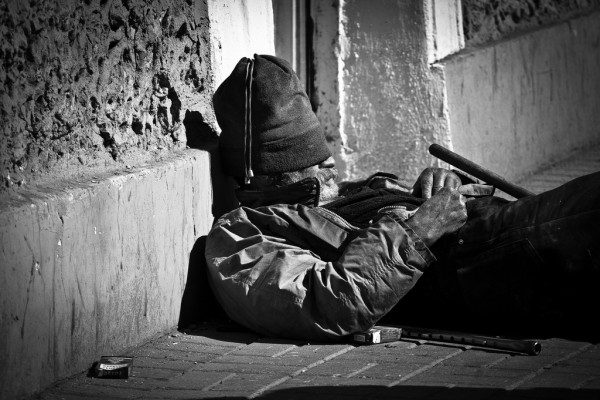 Managed Alcohol Programs (MAPs) have been operating in the Canadian cities of Vancouver, Ottawa, Toronto, Hamilton and Thunder Bay for the past couple of years. Shelter House has 15 beds and provides residents with three meals per day and an alcoholic beverage – usually a glass of white wine – every 90 minutes.

Managed Alcohol Programs (MAPs) have been operating in the Canadian cities of Vancouver, Ottawa, Toronto, Hamilton and Thunder Bay for the past couple of years. Much like harm-minimisation heroin initiatives around the world, where heroin addicts have been given small doses of heroin, a clean needle, and a safe place to shoot up – homeless people suffering from severe alcoholism are being invited into shelters and given food, a bed, and scheduled glasses of alcohol for consumption.

In the past, many shelters have only accepted homeless persons if they were sober – or at the very least, not in the depths of drunkenness. And especially in the harsh winters, this has led t to many unnecessary deaths as well as unwanted loitering and disturbances in the streets. And on top of that, many of these alcoholics cannot afford alcohol that has actually been prepared for human consumption. Instead, they turn to non-beverage alcohol (NBA) such as mouthwash, aftershave, and even hand sanitizers to get their fix.

In March 2012 Shelter House opened as a MAP in Thunder Bay, Ontario and it has become the site for the first controlled study on MAPs, conducted by the Centre of Addictions Research of British Columbia (CARBC), University of Victoria.

Shelter House has 15 beds and provides residents with meals, assistance with money management, health care services, counselling and referrals to health, housing and cultural supports appropriate to their needs. They also receive an alcoholic beverage – usually a glass of white wine – every 90 minutes each day between 8am and 11pm. The only stipulation – they have to have been present in the shelter for the previous 60 minutes, and they cannot appear to be already drunk.

While this practice is still very controversial, the study has proven many positive changes for not only the residents themselves, but for the community – and even the country – as a whole.

On a personal level, Shelter House residents claimed that they had increased self-esteem and self-worth, that they had learned important life skills and many had reconnected with family members. They also showed liver function improvement after several months, and were less likely to be affected by alcohol-related harms including withdrawal seizures.

As well, there were 40 to 80% reduction rates in police contacts, hospital admissions and detoxification admissions. There was also a major reduction of police contact that led to being taken into custody. These reductions will make a large cost-reduction impact on the community and national budgets.

Overall, the program seems to have had a very positive effect on all involved. And the CARBC stated in their report that “As residents stabilize in MAP, they are ready and more able to access health, social and cultural resources that foster healing and recovery – suggesting potential areas for program enhancements.”

Providing alcoholics with free booze no matter how positive the results are, is in total controversy with The Cabin’s COMPLETE ABSTINENCE approach – especially in terms of medical health – improved liver function can only be short term and incomparable with the long-term benefits and “quality of life” that all humans, including addicts have a right to – were they offered the proper addiction treatment. What do you think?

Obesity in America Still on the Rise — is it Linked to Food Addiction?