Is Baclofen Effective in Treating Alcoholism? 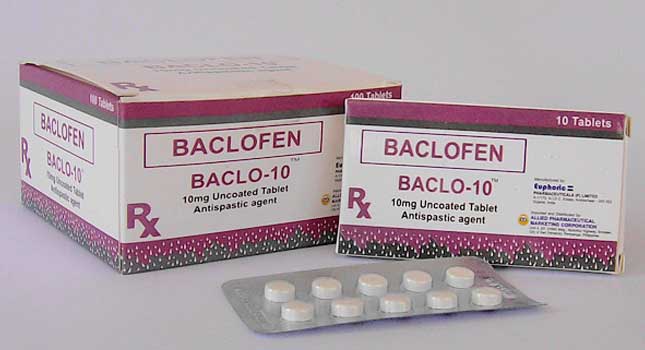 Everyone would love a quick fix to alcoholism – the ability to cure their disease with a pill the same way you can for high blood pressure or anxiety. It has always been believed that alcoholism treatment should involve counselling combined with various other therapies, but in recent years a new drug made the spotlight in the world of addiction treatment. Researchers announced that a drug called baclofen was indeed effective in treating alcoholism.

Can Taking a Pill Curb Alcoholism?

The following claims have been made about using baclofen to treat alcoholism:

While baclofen has not exactly claimed to cure alcoholism, reducing cravings is certainly be very helpful, as any recovering alcoholic would surely attest.

Baclofen may be a relatively new name in the world of addiction treatment, but it is not actually a new drug. Developed in the early 1960s by a German pharmaceutical company, baclofen was originally used to treat epilepsy in children. The pharmaceutical medication is a muscle relaxer and an antispastic agent, primarily used to treat muscle symptoms caused by multiple sclerosis, including spasm, pain and stiffness.

Two years ago, health officials in France approved the drug to be prescribed in cases of alcoholism as a result of various studies that apparently prove its effectiveness.

Behind the Studies: Can Baclofen Really Treat Alcoholism?

There have been several studies done on the effects of using baclofen to treat alcoholism. However, not all studies come to the same conclusion.

A two-year observational study of 100 patients published in 2012 showed that without any limits on dosage, baclofen did show a decrease in alcohol cravings in the majority of users. The effectiveness of the drug, however, was compromised when the subject showed signs of a mental health disorder, used psychotropic drugs co-currently, had a lack of motivation to actually stop drinking or were unable to reach the optimal dose due to unbearable side effects.

Seeing as over half of all individuals suffering from addiction are also believed to have a co-occurring mental illness, the use of baclofen for treating alcoholism is limited, even with these results.

Another study, published in 2011, included 21 participants of which some were treated with baclofen and others given a placebo. However, the results were essentially inconclusive, as it states in the study’s conclusion:

“While more than half the patients reported significant reduction in alcohol use, it is not possible to draw definite conclusions about the effectiveness of baclofen, given that it was combined with other psychiatric and alcohol treatments, and because there was no control or comparison group.”

Although France has already been using the medication on alcoholic patients since 2014, the latest study on baclofen conducted this year at the University of Amsterdam warns that the prescription of baclofen is premature and should be reconsidered.

The study followed 151 people with alcoholism. Some were given placebos and some were given baclofen, the dose increased slowly through the 16 week trial. All subjects were treated with psychotherapy. And the results?

“Together these studies indicate that baclofen may be as effective as psychosocial care, but does not seem to increase effectiveness further. This means that we may have to further study the effectiveness of baclofen before we can recommend it for use. For example, perhaps it can help a subgroup of alcohol-dependent patients who do not respond to psychosocial treatment.”

The same team at the University of Amsterdam plans to continue their research with groups of alcoholics who have not responded to traditional addiction treatment at high doses of baclofen to further study its efficacy. However, in order to be effective the researchers believe participants will require 330mg per day – over 4 times the recoomended daily dose which may cause increased risk of harmful side effects.

Side Effects of Baclofen

Side effects of baclofen can be very unpleasant and even unbearable for some users. Side effects include:

Effective Treatment for Alcoholism at The Cabin Chiang Mai

Until more research has been done on the efficacy of baclofen for treating alcoholism, it remains that the most successful method of addiction treatment is psychotherapy, especially when combined with other styles of complementary therapies.

At The Cabin Chiang Mai, we combine traditional counselling methods with our own 3 Circles, and a variety of holistic therapies including mindfulness therapy and physical fitness. We have helped thousands of people break free from alcoholism and drug addiction with our unique and effective style of treatment facilitated by Western-train counsellors and Thailand’s leading medical and support staff. Located in Northern Thailand, our luxurious facility offers a secluded and private resort-like setting in which recovery from addiction is possible.

Seeking Help for Alcoholism and Addiction

Addiction is a progressive disease which means that it only gets worse over time if left untreated. If you or someone you know are struggling with alcoholism or drug addiction, it is important that you seek professional help as soon as possible. The sooner an addict begins treatment, the more likely they are to achieve success in recovery.

Contact us today to speak to our admissions counsellors to find out more about how we can help you or your loved one get back on track.

Alcoholics and Relationships, Problems for the Spouse

Going to Private Alcohol Rehab Does Not Make you a Failure!