Can Alcohol Withdrawal Cause Death? 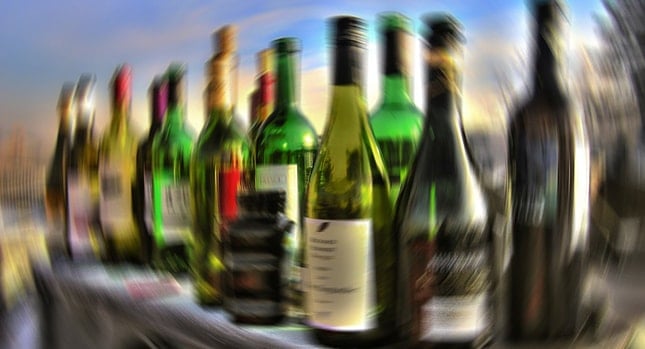 Over this past week, we have had several individuals ask us through email and phone, if alcohol withdrawal can cause death. We believe this is partly to do with the recent death of the singer Amy Whinehouse; her family believes she died from alcohol withdrawal syndrome.

Since it is very obvious that many people are concerned about whether or not alcohol withdrawal can cause death, we would like to address this question.

Before we answer the question, it is important to have a basic understanding of alcohol addiction and the withdrawal that it causes.

Many addicts believe that they can quit drinking on their own, without professional help at a treatment center. These individuals typically have a mild addiction and do not understand the physical aspects of their addiction. They may not notice the milder symptoms of alcohol withdrawal; such as, shakiness, nausea, chills, and headaches. Other people will try to wean themselves off alcohol. Unfortunately, this is very difficult as many addicts are unable to control the amount of alcohol they drink. What most individuals, attempting to quit on their own, do not realize is that alcohol withdrawal can be serious and even fatal, especially for someone with a long term dependence on alcohol. Beyond the milder symptoms of withdrawal, the alcoholic can lose consciousness, run a fever, have seizures, and have hallucinations from their symptoms, even death can occur.

Some People are at a Highest Risk

It is people who have a serious addiction to alcohol that can be at risk for death during withdrawal. Excessive abuse of alcohol can cause alcohol withdrawal syndrome. These are various symptoms that appear when a person stops consuming alcohol. The withdrawal syndrome is a result of the central nervous system being in a ‘hyper-excitable’ state. Unlike a drug withdrawal, withdrawal from alcohol can in fact cause death. Approximately 5-20% of people with severe alcohol addiction will suffer from seizures and delirium tremens; both of which are withdrawal symptoms and can cause death.

Delirium tremens, or the DT’s, is the most serious symptom of alcohol withdrawal syndrome. The DT’s can occur when a person who had a serious alcohol problem quits drinking. This symptom typically begins 2-4 days after the last drink and there are three early warning signs of delirium tremens, which include temperature elevation, tremors, and a rapid heartbeat. Once the DT’s is ‘full on’ the body goes into overdrive mode. The part of the brain that is responsible for perception and thought goes chaotic, causing ordinary light and sound to seem extremely unpleasant and irritating. The individual experiencing this may seem confused, agitated, and even psychotic. They may not recognise family members and seem extremely incoherent. It is common for people going through this terrible withdrawal symptom to have hallucinations that include terrifying sights, sounds, or smells. Subsequently, within a few days, these symptoms can disappear and the individual can begin to recover.

Alcohol withdrawal can cause death, and when this happens it is almost always a result of delirium tremens. So what makes this terrible withdrawal symptom occur? Research suggests that in people who have a history of heavy and prolonged alcohol use, the brain gets accustomed to the constant presence of alcohol. The normal activity amongst the brain cells no longer gets ‘toned down’ or more relaxed as it does in occasional or light drinkers. It appears as though a heavy drinkers’ brain reduces the number of locations in brain cells where the natural inhibitory chemical GABA (gamma-amino-butyric acid) can act in to slow things down. When an alcoholic stops consuming alcohol, the GABA chemicals hav fewer locations to go to within the brain, as a result, the brain cells become un-managble and overactive; the symptoms of delirium tremens occur.

Anyone who is experiencing possible DT’s must get help immediately. Typically the person will be in an intensive care unit, and will require intravenous fluids, vitamins, nutrition, and correction of salt-and-water imbalances in the bloodstream. Medications like benzodiazepines are normally given to relieve the over excitation of the brain cells.

One should never try to quit alcohol on their own without the help of professionals; because alcohol withdrawal can cause death. A person wishing to become sober should get treatment at a rehab. If you have an addiction to alcohol, please contact The Cabin Chiang Mai today. We are here to help you.