Two men were recently arrested for smuggling such a large quantity of drugs into the Bonnaroo Music and Arts Festival, police could not count them. We take a look at drug culture at music festivals, and the risks you should be aware of during this year’s festival season. 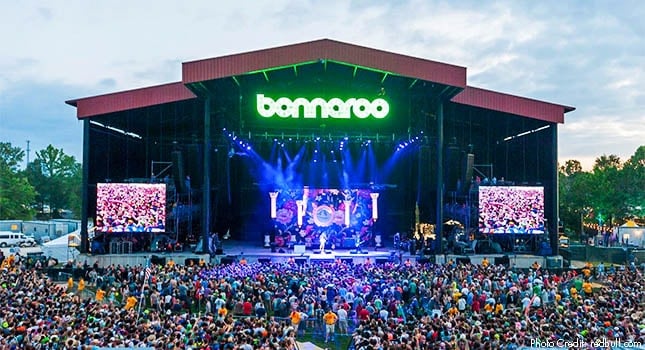 Summer marks the beginning of festival season for many art and music enthusiasts. The famous four-day Bonnaroo festival is one of the first (and biggest) of the season, drawing upwards of 80,000 attendees to camp and party on a 700-acre farm under the hot Tennessee sun. Unfortunately, it is not just music and art that draws such big crowds – many people are there for the drugs too, which was illustrated in the major drug bust at this year’s festival.

Police Confiscate a “Very Large Amount of Drugs” at Bonnaroo

Bonnaroo took place this year from June 9-12 in Manchester, Tennessee. As the festival is known by local police as a hotspot for drugs, several plainclothes cops made their way through the festival grounds to watch for illegal drug activity – but were likely not expecting to find what they did. They came across two men carrying what they described as a “very large amount of drugs” at Bonnaroo – more drugs than the police officers could accurately count at the time.

The two men had apparently smuggled the drugs into the festival using hollowed out soda cans.

Since the days of the original Woodstock, music festivals are just as much home to drug consumption and hedonistic activities as they are to live music.  And just like Woodstock, festivals such as Bonnaroo and Burning Man are marketed as places for the counterculture to congregate – places where people can be whoever they want to be, people often using the festivals as opportunities to experiment with drug use and sexual encounters.

Sometimes, however, festival goers can quickly take a turn for the worse, as seen in the music festival deaths reported in “The Dark Side of the Beats: Drugs and Death in 2014” on Thump, a channel of VICE. This year’s Bonnaroo saw 38 people transferred from the medical tents to outside hospitals, two of which were unresponsive and had to be airlifted by medical helicopter. And while authorities have not said whether or not these cases were due to drug consumption, issues such as heat exhaustion, abdominal pain and respiratory issues which the patients were treated for can definitely be caused or exacerbated by drug use.

Thirty-eight patients, however, is apparently a new record low for Bonnaroo, which has seen more than 100 hospital transfers in previous years.

One of the biggest problems when it comes to drug-related medical issues or deaths at music festivals is that most partygoers do not know what they are taking. Synthetic drugs, which pose an alarming overdose risk, are becoming more and more popular because they are cheaper for dealers to make or buy, and are therefore easier to get. From 2000 to 2014, the US Drug Enforcement Agency (DEA) found that only 13% of randomly confiscated ‘Molly’ pills contained any true MDMA in them at all.  The drug is marketed as pure MDMA, the main ingredient found in ecstasy, but many of them were found to have high levels of methamphetamine and mephedrone – two substances which can cause serious side effects or overdose much faster than pure MDMA.

Concerned parties in Europe and Australia especially have been advocating for pill testing at music festivals in an effort to sort the pure drugs from the synthetic and dangerous chemicals. However, governments are not quick to climb aboard, as harm-minimisation over incarceration or arrest has not yet become mainstream. The idea is, however, that festival-goers will continue to use drugs no matter what, and that it is better to keep them safe than have them overdose.

But until pill testing or other harm-minimisation initiatives become mainstream at music festivals, each festival must take action to keep their guest safe on their own. The “About Drugs” section of the Bonnaroo website states, “Our ‘no questions asked’ policy means neither you nor the sick person can get in trouble when you seek help”, referring to seeking medical help for someone who is having a bad experience with drugs, and even offers information on how to spot an alcohol or drug overdose and what to do if you see one. They have several medical tents around the property and emergency health staff on duty 24/7. They also promote sobriety with Soberoo, a travelling recovery meeting centre.

With all the talk about drugs, Bonnaroo does not seem like a likely place to find recovering addicts who are living in sobriety. However, many do attend each year, and they have the opportunity to gather with other sober-minded individuals at the Soberoo tent which hosts 4 recovery meetings each day – this past year seeing an attendance of 50-75 people at each meeting. The people in charge of Soberoo take their tent to music festivals all around the US, changing their name to match each festival, to help sober people get through the festivities without relapse and to encourage others to enjoy the music and festivities without substance use.

It is important to remember that music festivals can be fun without getting messed up on drugs. If you are planning to attend a music festival this summer, try to feel the rhythm and enjoy the people without substance abuse. If you do take something, however, ensure that you understand the risks attached. Drugs can cause serious harm to you or your loved ones, and even casual drug use can escalate into addiction quicker than you may think.

If you or someone you know is suffering from drug or alcohol addiction, contact someone today to get the help you need. The Cabin Chiang Mai is a residential rehab facility globally renowned for its modern and effective treatment programme. Do not wait – get the help you need today. And stay safe this summer!

I am the Parent of a Drug Addict: does that Mean I Am a Failure?