Binge Drinking: Even More Harmful and Widespread than We Thought?

June 12, 2014Michael ShannonAlcohol Addiction Treatment, Blog
Binge drinking is socially acceptable in many countries around the world. However, new research shows that even one session of binge drinking can have serious negative health effects. 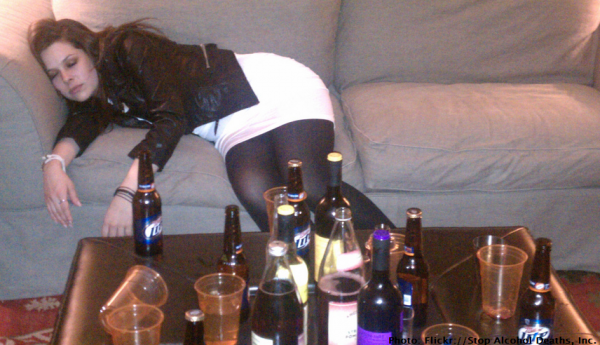 New research suggests that just a single episode of binge drinking contributes to serious negative health effects in otherwise healthy people. Documentation of the harmful effects of binge drinking over time is nothing new and issues associated with alcoholism such as liver failure and other organ damage often take the spotlight. Now it is suggested that binge drinking on just one occasion poses risks to one’s health by contributing to the release of toxins from the gut into the bloodstream.

Binge drinking is the consumption of a large quantity of alcohol over a short period of time. It is known to be a popular activity among teens and young adults, but one survey suggests that 1 in 25 middle school children have also engaged in binge drinking. The same researchers also suggest that children with physical health problems are more likely to engage in binge drinking. Given the negative effects of single episode binge drinking on healthy young adults, the use of alcohol by children already experiencing health problems is alarming. For those with a biological predisposition to the disease of addiction – binge drinking at an early age is bound to turn into alcoholism or alcohol dependence and bring with it a multitude of physical, mental, and social problems. It is imperative for doctors of young people with health challenges to assess for binge drinking at even younger ages as this type of alcohol consumption, even on one occasion, could be compounding the child’s overall health.

Behavioural consequences of binge drinking such as motor vehicle crashes, risky sexual behaviour, alcohol related injuries, and long-term substance abuse problems have been well documented. This new research contributes to the ever growing evidence that binge drinking poses significant physical and behavioural risks to those who partake.

All over the world people are recognising binge drinking as a significant problem within society. Approximately 25% of people who binge drink by consuming more than the daily or weekly alcohol limits have alcohol dependence or abuse problems, and may be blindly unaware of their problem drinking patterns. Young people need to be made aware of the damage that can be caused by just one episode of binge drinking, and surveys on patterns of alcohol consumption suggest this education should be taking place with younger and younger target audiences.

How Alcoholism Affects The Family Part 2