A growing body of research is highlighting the damaging impact of a sugar addiction on your health. Employing tactics comparable to those used by the tobacco industry, soft drink companies are funding their own research saying otherwise. Welcome to the ‘War on Sugar’. 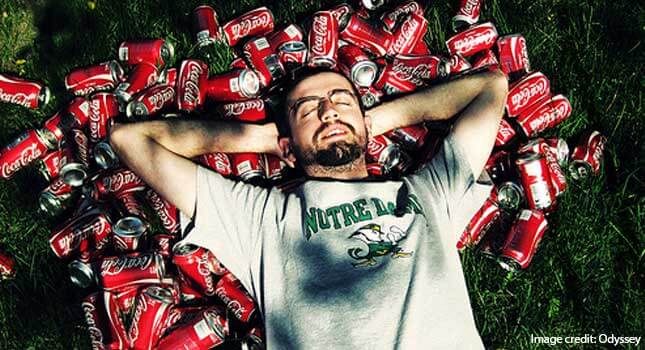 Soft drink corporations, namely Coca-Cola and Pepsi, have become the culprits in what many are calling the ‘war on sugar’. As more and more studies show the harmful and addictive effects of sugar, sugar taxes and warning labels have been introduced in several states in the US to discourage consumers from drinking the sugary beverages. These taxes and labels are partially to blame for the 25% decrease in sales for the soda companies since 1998, and ‘Big Soda’ is attempting to fight back with marketing strategies that have been labelled as similar to those used by ‘Big Tobacco’ in the past.

“From 2011 to 2015, the Coca-Cola Company and PepsiCo were found to sponsor a total of 96 national health organizations, including many medical and public health institutions whose specific missions include fighting the obesity epidemic. During the study period, these two soda companies lobbied against 29 public health bills intended to reduce soda consumption or improve nutrition.”

The study also states that obesity is a major health problem across the US and that a reduction in soda consumption could help decrease the problem. Last year, Coca-Cola funded and marketed misleading research which claimed that drinking Coca-Cola and other sugary drinks is not what leads to obesity, but rather a lack of exercise – essentially shifting the blame of obesity away from their product and onto the consumer who does not exercise. However, many studies show that a healthy diet is more important than exercise when it comes to losing weight and keeping it off.

In the past, when tobacco companies came under fire because of new health studies, they too began funding sympathetic organisations to decrease their negative profile. Now, as the damaging health effects of tobacco and cigarettes have been proven time and time again, there are very few organizations willing to accept funding from tobacco companies. Some experts believe the same should be done with soda companies as more and more research confirms that sugary drinks are, well, really bad for us. 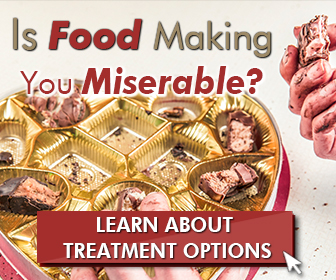 Why is Soda so Bad for You?

Each 12-ounce (355mL) can contains 39 grams of added sugar. According to the American Heart Association’s sugar intake recommendations, adult men should consume no more than 37.5g of added sugar each day; women no more than 25g. As you can see, a single can of Coke provides more than the daily recommended limit of added sugar for both men and women.

Humans are meant to acquire natural sugars through fruits, vegetables and healthy grains. For example, a banana contains approximately 12g of natural sugar, an average-sized tomato approximately 2.6g and a serving of lettuce about 0.8g. These natural sugars are healthy and help the body to function properly. The problem with soda and other sugary drinks, however, is that they contain processed sugar which is broken down differently in the body.

Especially in such high doses, added sugar (aka fructose) leads to the production of fat in the body and also limits insulin production which in turn leads to obesity and diabetes. But consuming high levels of added sugar can not only increase risk of health problems as described, it can also lead to something called food or sugar addiction.

How do Sugary Drinks Cause Addiction?

Consuming large quantities of processed sugar triggers the release of dopamine in the brain, much the same way as alcohol or drugs. Dopamine is a brain chemical that functions as a way to reward humans for doing things that keep them alive. Naturally, dopamine is released when a person does an activity basic for survival such as eating, drinking water or mating. But high levels of sugar also release high levels of dopamine – signalling to the body and mind that it should continue to seek it out at high levels.

If you drink a can of Coke every now and again – say, once a month – the body will quickly return to normal. If you drink a can of Coke every day or every other day, however, the brain is re-wired, producing less natural dopamine and relying on the dopamine released from the can of Coke to feel satiated. This means that regular sources of sugar, such as fruit and vegetables, will no longer stimulate the brain the way they should.  This leaves you feeling like you need ‘more’, leading you to crave sweets to feel satisfied – much the same way an alcoholic needs to consume more and more alcohol over time. Thus, a sugar addiction is born.

Is Soda the New Tobacco?

Tobacco companies have been in the spotlight for decades now, and many countries have made policies to limit their ability to advertise as well as enforced mandatory warning labels on cigarette packaging to make sure consumers know precisely the dangers they are succumbing to by consuming their products.

As more research becomes available regarding the dangers of high levels of processed sugar, many governments are considering similar policies for soda companies. Just like cigarettes, where smoking one or two per year will not do much harm, drinking a can of Coke once or twice a year will not have much effect on the body either. But for many, smoking one or two cigarettes a year is not possible. Just like alcoholics who cannot have “just one drink”, smoking one cigarette can lead to one pack a day soon enough. The same goes for sodas and sugary drinks.

Sugar addiction can lead to serious health problems including obesity, diabetes, heart disease and more.  This is why it is so important for the public to be aware of the potential health effects of these products and choose to use them wisely.

Treatment for Food and Sugar Addiction

Sugar addiction and food addiction are serious conditions. But because food is such an integral part of our lives, this addiction often goes unnoticed until serious health problems are present. If you are unsure whether or not your eating habits are symptoms of sugar or food addiction, take our quiz: Do You Have a Food Addiction?

If you or a loved one show signs of food addiction, it is important that you seek help immediately. Addiction is a chronic disease that will only get worse over time. Contact us today for a free, no-obligation assessment to see how we can help.