Ben Affleck’s struggling with alcoholism began when he was just a small boy. Now sober and working hard toward recovery, Affleck shares his tale in an attempt to help others reach out for the help they need.

Ben Affleck has recently completed a stint in rehab for alcohol addiction. The star told Entertainment Tonight that he checked into the rehab facility in an effort to be “the best father I can be,” and decided to go public with his treatment to show his kids (and others) that “there is no shame in getting help when you need it, and to be a source of strength for anyone out there who needs help but is afraid to take the first step.”

Although sober and recovering now, Affleck’s struggle with addiction has been a long one.  And it’s a journey that can teach us a lot about the often long and winding process that is addiction recovery.

Being the Child of an Alcoholic

Ben Affleck has been very open over the years about the fact that his father was an alcoholic. In a 2012 interview with Barbara Walters, Ben Affleck recounted how his father drank all day, every day. His father eventually got sober when Affleck was in his early twenties, but the effects of having an alcoholic parent can last a lifetime.

It’s been discovered that many adult children of alcoholics share a set of common personality traits, and it’s fairly common for children of alcoholics to develop similar substance abuse patterns as they learn negative coping mechanisms by watching their parents drink regularly. As Affleck hit stardom, he was presented with a multitude of various stressors including fame, money, a busy work schedule – and countless invitations to Hollywood A-list parties. 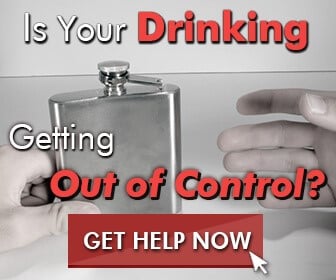 After starring in a few movies that ultimately tanked and breaking up with his long-time girlfriend Gwyneth Paltrow, Affleck hopped on the party train. After one reportedly heavy night of partying, Affleck decided to check himself into rehab. He claimed that he was tired of making a fool of himself while he was drunk, or acting out in ways he never would when he was sober.

“I went to rehab for being 29 and partying too much and not having a lot of boundaries and to clear my head and try to get some idea of who I wanted to be,” said Affleck of his 2001 stay in a 30-day programme.

Unfortunately, when you don’t make the necessary changes in your life when you return from rehab, such as changing your group of friends, staying away from places you used to party or keeping up with local meetings – you run a high risk of relapse. And unfortunately in this case, Affleck ended up back in the party scene. According to sources, it was the influence of actress Jennifer Garner, who he started dating in 2004, that put a stop to his partying ways.

Says Affleck of his relationship with Garner, “Jennifer played such a profound role in making me a better person. We don’t have a perfect marriage, but she inspired me; and finding myself in that marriage and having a child dovetailed with getting to be a little more mature.”

If you’re struggling with addiction or substance abuse, and someone comes into your life who inspires you to stop using, that’s great!  However, if you haven’t done the work on a deeper level to change the way your mind works, this is essentially like putting a Band-Aid on your wound. The wound is still there – it’s just covered for the time being.

For many people who have substance abuse problems, things like partnerships can sober them up. The trouble lies, however, in what happens if those relationships change. If the ‘reason’ for you staying sober is gone, you may very likely find yourself heading toward relapse. True, sustainable sobriety requires self-love, not relying on potentially co-dependent relationships for feelings of self-worth.

In 2015, Affleck and Garner reportedly separated. They have been co-parenting and living in close quarters despite their split – which may have had something to do with Affleck’s relapse in drinking and his decision to head back to rehab. In January of this year, Affleck was seen with a sober coach while out in Los Angeles, as well as the recent Grammy Awards Ceremony. 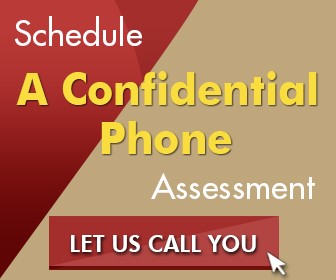 There are many risk factors for alcohol addiction, both genetic and environmental, but these do not by any means guarantee you a life of alcoholism.

Millions of people are currently suffering from addiction around the world, and a large percentage of them will not seek the help they need for fear that others will look down upon them, or they will appear weak or unable to take care of themselves.  For this reason, we admire Ben Affleck’s courage to speak openly about his journey and help break the stigma of addiction. His story also proves that no matter who you are, how much money you have, or how much success you have, addiction does not discriminate.

If you’re struggling with alcohol addiction, it’s crucial that you seek help as soon as possible. As a chronic disease, addiction only gets worse with time.

The Cabin Chiang Mai offers highly effective alcohol detox and addiction treatment in a private, luxury setting.  Contact us today for a free consultation to see how we can help.