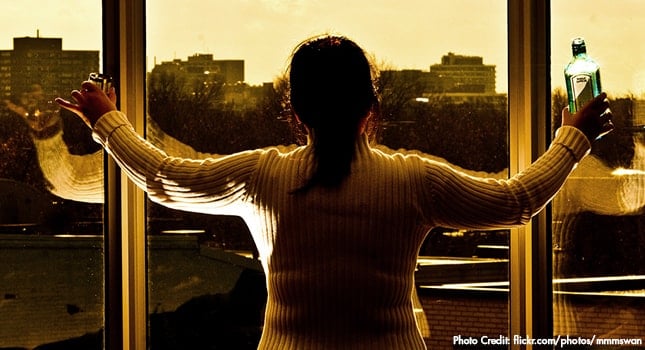 Did you know that alcoholism and eating disorders may have more in common than previously believed? It’s true. Genetic risk factors are shared by eating disorders and alcoholism, which means both are hereditary or, worse, if you have a propensity for one, the other might follow suit if you’re not careful. Especially if you binge eat and purge like in the case of bulimia nervosa. At least, that’s what the latest research is strongly suggesting to be the case. More to the point, people with bulimia might have a 38 -53% chance of becoming alcoholics and vice-versa.

The research behind these bold claims

According to Melissa Munn-Chernoff, Ph.D. and study author representing the St.-Louis-based Washington University School of Medicine, previous studies have shown that among those suffering from eating disorders, there were higher rates of alcohol dependence and abuse than those who had no issues with eating disorders at all. As for those affected by the eating disorders themselves, sufferers from bulimia nervosa have higher rates of dependence on alcohol when compared to anorexia nervosa patients, she further adds. Studies conducted beforehand showcased a link between anorexia nervosa and bulimia nervosa, but it remains uncertain if genetics plays a part in this link.

As reported by the Journal of Studies on Alcohol and Drugs, in order to achieve a proper understanding of the underlying link between alcoholism and eating disorders, Munn-Chernoff and her colleagues examined information and raw data taken from 6,000 Australian twins of the fraternal and identical variety (and who are, of course, of legal drinking age). The use of twins makes sense. After all, identical twins share all of the same genes, while fraternal twins share about half of the same genes – so if there is a genetic link involved when it comes to the propensity of suffering from alcoholism and eating disorders, then the best way to establish its truthfulness is through this particular method.

The results and implications of the new study

One other benefit of studying twins is that researchers could work out whether conditions that made addiction to alcohol or disorders when it comes to eating are products of the environment (nurture) or genes (nature). In other words, if identical twins were to showcase possible common genetic risk factors more than fraternal twins, then it has implications of genes having more of an impact to addiction in general than environmental factors.

The results of the study were as follows: 6% of the women and 25% of men had been alcohol addicted at some point in their lives, 13% of these women and 11% of the men had also suffered from binge eating problems, and of them 14% of the women admitted to using two or more purging methods. The men, however, weren’t asked about their histories when it came to purging. In regards to the genetics’ side of the story, comparisons were then carried out between twins and the outcome indicated that genes played an important role when it came to the development of any of the three issues (alcoholism, anorexia nervosa, and bulimia nervosa) in people. In fact, it was calculated that genetics could possibly account for 38% to 53% of a person’s risk – which begs the need for treatment providers of one disorder to check for the other from now on.

Disturbing Video Shows Woman Pretending to be Drunk — How Will Men React?