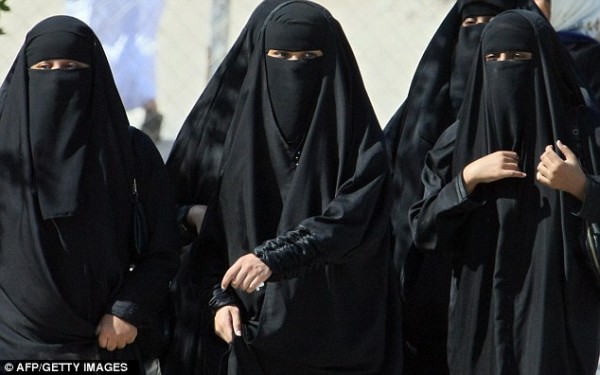 For a country where beheadings can still occur, and social stigmas run rampant around the topics of feminism, mental illness and addiction – does a new addiction treatment centre willing to serve women signal the start of a new era?

For a country where beheadings can still occur, and social stigmas run rampant around the topics of feminism, mental illness and addiction – Saudi Arabia has seen some big changes for women in the past year. From The Women’s Driving campaign last October, to the licensing of four female lawyers in January, and now – an addiction treatment centre that actually allows women to be enrolled as patients.

The Al-Amal Psychiatric Hospital, which now offers a women’s wing, is one of several addiction treatment centres that have popped up across the country in recent years in an effort to combat an ever-growing drug problem – despite the country’s strict laws on drugs. Al-Amal is considered to be one of the leading hospitals of its kind in Saudi Arabia that uses a scientific, psychiatric and social method to aid those affected with addiction.

The hospital consists of four separate wings. Wing A is highly-secured, as men awaiting a legal sentence can be taken here for recovery treatment prior to sentencing. Wing B is for those who are brought in by their families, or enter the facility voluntarily. In both wings, treatment includes detox programmes for those who need it, and it typically lasts for two to three weeks. From there, patients spend 6 to 18 weeks in wings C and D which focus on amending behaviour and rehabilitation. And last, the centre has an outpatient centre that holds daily morning meetings and patients are encouraged to attend for at least another 8 to 16 weeks.

However, because of the social stigma surrounding all addicts in Saudi Arabia, and even more so women – the hospital staff are finding that most of the women in the programme are still nervous to be upfront about their addiction. The social stigmas that surround addiction in general are so bad, in fact, that the centre also operates a half-way house where recovering addicts may stay for up to six years, if their families have abandoned them due to their disease. For some, this half-way house allows them the time needed to repair relationships with family members, or in other cases, get a start on a new life without them.

But social stigmas aside, the percentage of female addicts has risen by approximately 20% in the past few years. Enough to prove that the new women’s wing is not only required, but should perhaps be expanded. Authorities believe that the spike is largely due to students – under the age of 18 – whom drug peddlers prey upon. According to a few interviewed youths, the drug dealers will encourage students to take drugs, often for free and often around exam times, and simply wait for them to get hooked.  For them, it’s a money-making scheme. But for the students who get addicted – it can be life-ruining.

And while there is still a lot of work to be done to erase the social stigmas and get these women some much-needed help, it’s definitely a step in the right direction and is quite pleasing to see that women in the country finally have somewhere to go for help.

At The Cabin Chiang Mai we pride ourselves on an anonymous and culturally-sensitive treatment programme. If you or a loved one is struggling with addiction, please contact us.

Yoga During and After Rehab