Alumni Update: Surpassing my Own Expectations

July 4, 2016Michael ShannonBlog, Recovery
Today in recovery, I’m building new, amazing friendships with people who value me as a person. My peers look up to me as a role model and value my input, and my lecturers respect me for my work ethic. My family appreciates having me in their life – something I never thought would happen. 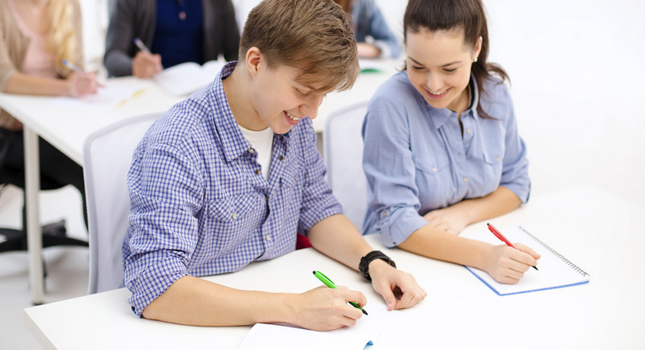 When I walked through the doors of The Cabin in early May, 2015 I was a completely broken soul. I was merely a shell of my former self, my life shattered by the disease of addiction. I had nothing left to live for, my friends and family distanced themselves from me as they had resigned to the possibility that I was beyond help. I would be hard pressed to blame them, after all I myself believed that I was beyond help. There was no hope in sight and seemingly no way out. Despite my purest of intentions, I could not stay clean on my own willpower. I was so controlled by my addiction that I could not go a day without using, despite the chaos and destruction that it was causing to every aspect of my life. It ruled my every waking moment which consisted of paralysing fear and hopelessness. On top of destroying relationships with my friends and family as well as being fired from my job, my addition was slowly robbing me off my health and I was becoming physically sicker by the day. It would not have been long before addiction proved fatal for me – such is the reality of addiction. I spent four months at The Cabin and a further three and a half months at the Sober House and I can proudly say that I have been clean and sober since I entered treatment so it is needless to say that I recommend this rehab without hesitation. The standard of care was outstanding. Everyone really catered to your needs and wants, and placed you as their number one priority. This came right down to the smallest details, such as a waitress serving a watermelon smoothie that you ordered at the restaurant after a personal training session. It was clear that they wanted to emphasize that they cared about you – I had no doubts in my mind that I was well looked after. Moreover, their treatments methods such as Cognitive Behavioural Therapy and 12-steps continues to play a big role in my recovery today, and I am eternally grateful to my three counsellors who helped me to begin the process of healing the deep underlying issues that I had masked using illicit substances for a long time. The ‘luxury tropical resort’ feel of The Cabin as well as the wonderful facilities such as daily room cleaning and private bedrooms with rain showers was just an icing on the cake. Thanks to The Cabin, my life today is far removed from how it used to be the day I entered treatment. I’m now a little over one year clean and sober, and I’m able to live the manageable and sober life that I had always wanted to live. I’m able to pursue my dreams of becoming a Veterinary Nurse and instead of failing university as I did in my addiction, I’m getting really good grades. My peers look up to me as a role model and value my input, and my lecturers respects me for my work ethic. Today in recovery, I’m building new, amazing friendships with people who value me as a person. My family appreciates having me in their life – something I never thought would happen. In a few weeks, I will be visiting a good friend in Gold Coast who is also a Cabin alumnus (and also living a clean and amazing life). I can proudly say that thanks to The Cabin, I’m now an asset rather than a liability. I am able to contribute positively to the people around me and to society in general. The words used to describe me today were, pre-Cabin, the words that the people around me would never have described me as, but today they are a reality. There is hope for a new life.