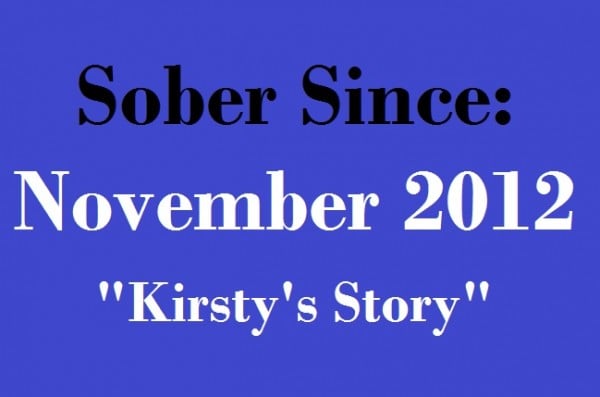 I picked up my first drink as a rebellious 14 year old. I loved the effect immediately. I enjoyed the loosening of inhibitions, the confidence to talk about anything and the fact that it was just plain fun. The craziness of it all. I also loved that it was something I was most definitely not allowed to do, my parents being quite strict with me. This was cooler than smoking cigarettes by far.  I was on a mission to do it again as soon as possible and as often as possible.

I was a weekend drinker for a long time. A binge drinker. Then I discovered the joys of illicit drugs in my early 20’s. My addictions crossed over into a whole new world. I had found my calling in life. Drugs initially involved nights out with friends dancing and talking crap, having fun for days. Looking back now I can see the addict/alcoholic in me. I never wanted the night to end. I was constantly looking for more drugs even while I was still unbelievably high from the drugs I was on. The mental obsession was growing stronger and stronger. I couldn’t stop once I had started. I only stopped if I ran out of alcohol and was unable to get more, passed out or ran out of drugs. I couldn’t bear reality. It was so boring and stressful. I wanted everyday to be fun.

During this period I finished a degree, had relationships, bought a house and travelled numerous times to other countries and throughout Australia. Once living and working in the United Kingdom for a long period. I had a responsible job being a registered nurse. I was outwardly functioning.

I can see now though that I was starting to crumble from the inside. There was a great big hole in my soul and the only thing that could fill it was drugs/alcohol and even that had stopped working as well as before. I was needing more and more. I was emotionally, physically and spiritually sick. I was filled with feelings of despair, anxiety, depression and fear.

I was manipulative, self seeking and had a strong sense of entitlement. I was lying and stealing. I was incapable of being honest with anyone or even with myself.  I was full of dangerous and false pride. I would not listen to anyone about anything and in particular in regard to my alcohol and drug use. I was just fine thank you very much. I was in complete and utter denial.

After a series of scary and life threatening external rock bottoms (car accidents, overdoses, many hospitalisations) I found myself without a job, my boyfriend had left me, I has smashed up my car again and this time it was a write off, I was living with my parents at 37 years of age and I had lost a lot of friends and important people in my life. Yet still I would have kept going. So great was my fear of not having drugs/alcohol in my life. How could I live without it? I was going to end up dead if I kept going but I still couldn’t stop.

My family intervened at this point and after some strong encouragement I found myself at 37 years of age at The Cabin Chiang Mai.

My experience during my time at The Cabin was turbulent. I initially didn’t want to be there. I was desperate to return home and, as I see now, to get back to my addiction. My disease was calling me. After a while the fog began to lift. I began to see my life, my reality clearer and it frightened me. How obsessive, unhappy, lonely, scared/fearful and out of control I was. I had nothing good in my life. I had tried to stop before and sometimes managed for months (once 6 months). But I couldn’t stay stopped. During my time at the Cabin I saw a glimpse of a different life for me. Eventually that glimpse turned into hope. I was just so sick and tired of chasing my tail. Of feeling like I was losing my mind. I had lost the fight in me. I could see that I had not been able to run my own life successfully. Self will had run riot with me. I did whatever I wanted, whenever I wanted. I was desperate and willing. For the first time ever I was willing to listen.

Leaving the Cabin I was full of hope and determination. I quickly fell flat. I had returned to my reality and my head. I had no job, was living with my parents, no car, legal issues going on, and my crazy head to deal with. I knew from being told over and over again that I was not going to be in the small percentage of people who managed recovery if I didn’t get help. Past experience had also shown me that. I didn’t want to live that life anymore. I was desperate to not go back to drinking and drugging.

All I had during that period was the fellowship of Alcoholic Anonymous. I went everyday religiously. I met some wonderful people. People kept telling me “keep coming back” and “it will get better”. I didn’t believe them but I had nowhere else to go. Gradually I began to feel better. I asked an amazing lady to sponsor me and she happily accepted. I began to read the big book and work on the 12 steps with her. I started working as a nurse again. An opportunity to live with a friend came up. I bought a car. Everything, unbelievably, as everybody had said began to get better.

Today I have at 16 months sober an amazing life. It is like I am looking at a different person when I look back at my past. The obsession to drink and drug has left me. I have even stopped smoking for 9 months. I have a fantastic quality of life. I have a higher power that I pray to everyday and hand my life and will over to. It is a relief for me to be able to hand my life over. To know I am not running the show anymore. I am always close to my God as I understand him. The biggest change for me is the peace and contentment I feel. I am not living a life driven by fear anymore. I have a different life. It is a life beyond my wildest imagination.