Alcohol Use and Abuse in Thailand 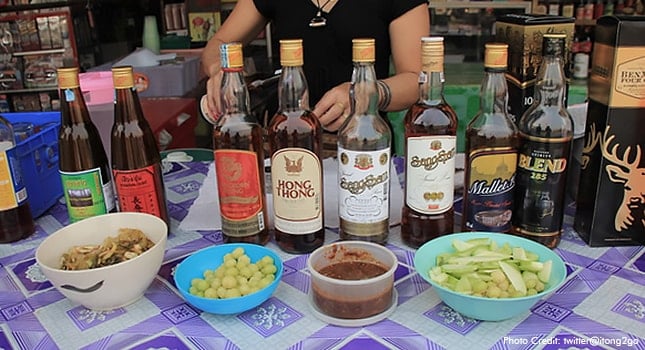 Alcohol use and abuse is a prevalent problem in Thailand. Alcoholism is not only common amongst expats, but in the general Thai population as well. Contrary to recent reports suggesting that Thailand ranks 5th in the world for the most consumption of alcohol, the WHO (World Health Organisation) and other leading studies suggest that it is around the 40th ranking. However, in a country with nearly 70 million people, accidents and fatalities due to alcohol use and abuse still reigns. In 2001, people with an alcohol dependence problem in Thailand were 19.5% males and 4.1 % females; these numbers has increased since then.

It is estimated that people in Thailand consume between 5.5 and 7.5 liters of alcohol each year. Look at it like this: there are 22.5 shots (1.5 ounces) in one liter. This means that if a person is consuming 5.5 liters of alcohol per year in Thailand, they are drinking 123.75 shots. When one looks at it this way, alcohol consumption is incredibly high.

A Recent Study on Thais

In Thailand, alcohol is widely available and is cheap. A study asked a group of Thai workers that claimed to drink every day, why they chose to do so? Nearly all said because it was ‘the thing to do’ and helped them to ‘fit in’. They were then asked approximately how much money they spent on alcohol each month, the average answer was between 1,000 to 1,500 baht per month. One also has to keep in mind that many of these workers were purchasing bottles of alcohol that cost anywhere from 40-90 baht.

A Recent Study on Expats Living in Thailand

Another study in Thailand focused on the expats and their alcohol use and abuse. This study also asked various expats why they consumed alcohol. Nearly all said because alcohol was widely available, especially in the environments that they hung out it in, and it helped keep them occupied. When the expats were asked how much money did they approximately spend per month on alcohol, their answers were varied. Some claimed to spend up to 30,000 baht per month while others said between 2,000 and 5,000 baht. More research needs to be done on expats living in Thailand before conclusive results can be made.

Injury and Death from Use and Abuse

Unfortunately, nearly 60% of traffic accidents are a result of drinking and driving. In most cases, the drivers and passengers involved, were seriously injured or died. During popular Thai holidays, the risk of being involved in an accident from drinking skyrockets.

The Children Are at Risk

Because the number of people using and abusing alcohol continues to rise in Thailand, many professionals are becoming increasing concerned about the children that are witnessing their close family members and friends drinking on a regular basis. Experts suggest that these children have a more likely chance to use and abuse alcohol themselves. In families where alcoholism is present, there is also a higher risk for domestic violence.

Education about the Risk of Use and Abuse

While the government in Thailand has taken drastic measures to decrease the use and abuse of alcohol, like any other country, it has a far way to go. In the meantime, it is important for not only the Thai people, but the expats as well, to become more educated about the risks of alcohol use, abuse, and dependency. It is even more important for people to understand that they can get help.

There is Treatment Available

The Cabin Chiang Mai understands the difficulties that alcoholics face and know how to help them overcome these difficulties and begin a new, sober life.

Help for Addiction Recovery Treatment: Simple Steps on How to Build a Strong Support System

Making Relaxation a Part of Recovery