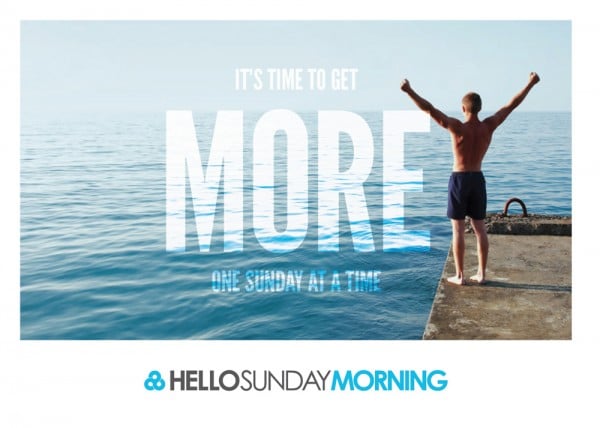 Many cultures around the world encourage drinking as part of every social gathering. Hellosundaymorning.org aims to help people get out of the drinking culture, and find happiness in other things.

In many countries around the world, alcohol consumption is a deeply ingrained part of the culture. It is often viewed as a regular and accepted activity, and commonly considered an important part of many social events.

In Australia, for example, the drinking culture can be traced back to early colonial times, when spirits were widely consumed across the country during the late 19th century. These days, alcohol is considered a regular part of any social gathering – especially for adolescents. It is not uncommon for youngsters to go drinking specifically to get drunk.

In the U.S., the department of justice states that the common perception among Americans is that “Alcohol is an integral part of American life. It is a normal accompaniment to most social events. Most Americans enjoy drinking on a regular basis.” But what does that mean? For one, it means that there are more than 75,000 deaths per year attributed to alcohol consumption. Number two, it breeds a country that is very susceptible to alcoholism.

In Britain, some believe the alcohol situation is even worse. One article in The Guardian entitled Stay sober? No thanks – I’m British basically sums up their alcohol culture in the title. In another article on itv.com, The first step for Britain is to admit it has a drinking problem, the writer says that the British culture “drinks, not for social purposes, but purely to get drunk.”

According to the World Health Organization (WHO), Russia tops the world on alcohol consumption per capita, while Australia, Canada, Britain, New Zealand, South Africa and more European countries come in second. The U.S. is just slightly below.

In cultures such as these, where alcohol is part of daily life, there are consequences that can be seen. Research shows that there is a strong correlation between alcohol consumption and violent crime. Alcoholism is also very prevalent in countries with high consumption rate. With alcohol being accepted as the social norm, it is easy for people to get carried away and start drinking too much. They may get involved in unfortunate behaviour, become alcoholics, or even face death from poor decisions while intoxicated.

These worrying facts gave birth to a commendable Australian-based web community www.hellosundaymorning.org (HSM). The website is dedicated to helping people involved in these drinking cultures to take a break from alcohol, by promoting the health, financial and emotional benefits that reducing or stopping alcohol consumption can offer. 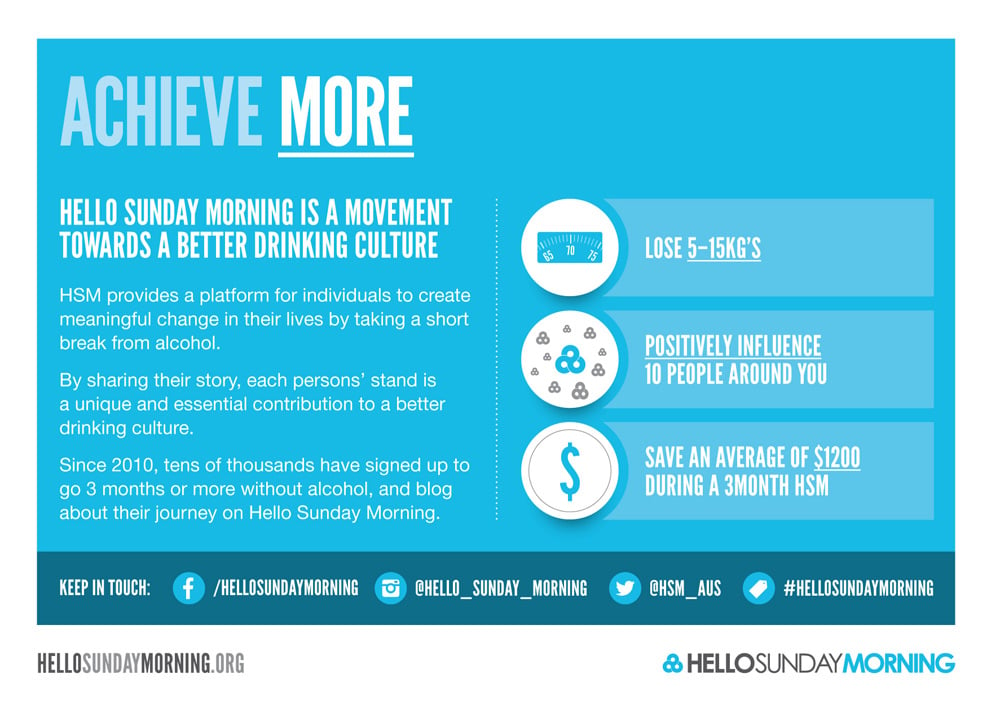 The site allows you to make a personal profile page, and you can chat with other members and set various goals for yourself regarding alcohol consumption. You can choose your goals from 10 categories, including financial, fitness, relationships, social and sobriety. Goals include ‘don’t drink in social settings’, ‘go to a wedding sober’, ‘be a more reliable friend’, and ‘go on a first date sober’. You can also choose to pledge sobriety for 3 to 6 months. The site management will send you e-mails to check in on your progress and offer words of encouragement, and you can blog and post your successes on your profile. You can also interact with other members to encourage and be encouraged by peers.

For some, it is a small but important step to sobriety that they are able to take within a supportive online community. For others, it’s a way to pull back from the alcohol-saturated culture and find other activities that are worthy of their time. And, of course, to see what it feels like to wake up on a Sunday morning without a hangover. CEO Chris Raine states “It’s easy to get swept up in a drinking culture. Every now and then we need a rope to pull us back to dry land. Hello Sunday Morning is that rope.”

If you feel like your drinking is getting out of control, why not sign up for a challenge? However, if you still can’t control your drinking, it may be time to speak to a professional about your situation.

Different types of Alcohol Rehab Programmes: What Type do you Need?