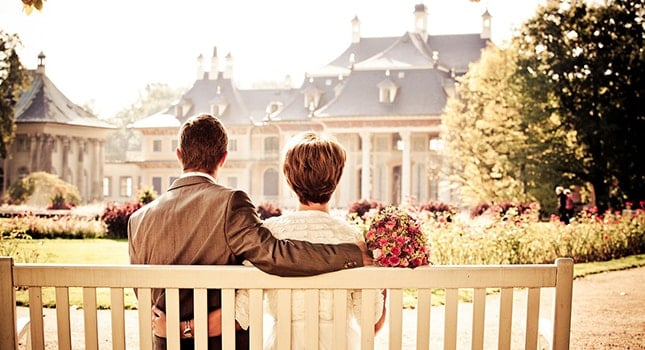 Marriage is for better or for worse, unfortunately many couples do not want to think about the ‘worse’. When it comes to a drug or alcohol addiction, the worse makes itself known. A drug or alcohol addiction can tear a marriage apart and eventually cause the couple to separate or divorce. Any children that are involved can be deeply affected, as well as other people close to the married couple.

The Addict and the Marriage

An addict becomes ‘married’ to the drug or alcohol; their spouse and other family members are pushed to the side. Their addiction will have some sort of influence on each and every decision they will make until they decide to get treatment. When there is some sort of addiction there will normally be stress, depression, physical and/or mental abuse, and financial difficulties.

It is not uncommon for an addict to lose their job and become completely reliant on their spouse to give them money for drugs or alcohol. The spouse may not want to argue or may fear physical violence, so they give the addict money. It is also common for an addict to make their spouse feel like it is their fault for the addiction. In nearly all cases of drug or alcohol addictions, an addict will suffer from low self esteem; therefore, they will do everything to get the people around them to feel sorry for them. An addict will know exactly what to say or do to make their spouse give in, while at the same time they also know what to say or do when they want forgiveness.

When there is not only a marriage, but children involved, an addiction can become even tougher. When there are no children, although difficult, the spouse can leave with little or no strings attached. When children come into the picture it is common for the non- addicted spouse to do everything to try to get the addict to stop. This is because they do not want to break the family apart.

Children are not only subjected to a constantly drunk or high parent, but may also have to witness fighting or physical violence. When there are children in a marriage with addiction one of the biggest dangers that exist is violence. Statistics show that there is an increase in parent’s acting violent towards their children when drugs or alcohol are being used. Younger children that are exposed to the problems of addiction may not understand the serious consequences that can be associated with it and when they grow up they too may struggle with drugs, alcohol, or their own marriage.

When Both Are Addicted

When someone hears marriage and addiction they may think that it is only one person with an addiction, but both spouses may have a problem. This situation may be the worst kind of marriage, because both are affected by addiction. Normally in these situations any kind of trust, control, or management of the marriage is completely gone.

The problems associated become greatly magnified. Children in these marriages have no one to turn to and often are severely neglected. Normally these types of marriages will fail either because of the lack of intimacy, honesty, and awareness. If only one gets treatment and the other does not this can also cause problems or destroy the marriage. Both people need to become sober so that their marriage and family do not suffer any further.

It is important to know that there is help available. When there are children involved, there are various support groups such as Al-Anon and Alateen that can be very helpful. There are also support groups for marriages struggling with addiction as well as for the non addicted spouse.

Addiction is extremely difficult to beat and many times going to an AA/NA meeting is not enough. The addict may need to go to a rehab where they can completely focus on becoming and living sober. A rehab will give them the opportunity to learn about their addiction, their self, and will help them to understand the importance of getting and remaining clean.

Most rehabs understand how marriages can be affected and can help bring the marriage back together. Oftentimes, a spouse will use the excuse that their addicted spouse has already been to rehab and it did not work. In this case it is important to understand that the addict must want to change and sometimes it will take multiple visits to rehab. There is also hope for each and every person suffering from a drug or alcohol addiction.

Treatment at a Drug and Alcohol Addiction Rehab in Asia

9 Most Common Reasons People are Afraid to Get Sober