Adderall, Amphetamine and Methamphetamine – Are They the Same?

Did you know that Adderall is almost chemically identical to amphetamine and methamphetamine (ice)? Their similarities go beyond their chemical makeup — these powerful stimulants share some of the same side effects and are considered equally dangerous.  Learn more here. There has been a growing ice scourge in many countries around the world. Australia and Hong Kong in particular have been struggling with increasing rates of meth abuse which is evident in the high numbers of people seeking treatment for amphetamine addiction.

As this dangerous trend persists, our understanding of the drug must also develop. Here we discuss the important distinction between methamphetamine and amphetamine in its most popular prescription form — Adderall.

Amphetamine is classified as a stimulant. It affects the central nervous system by activating specific receptors and increasing the activity of several neurotransmitters. The key neurotransmitters that are affected by amphetamine are norepinephrine and dopamine. Amphetamine’s impact on these brain chemicals causes reactions such as:

While these are perhaps the more sought-after effects of amphetamine, the drug also carries many negative side effects including:

This is not a complete list of the side effects; however, they are the more commonly occurring negative impacts. As amphetamine is a key ingredient in both Adderall and methamphetamine — all three of these drugs share the above side effects to varying degrees.

Amphetamine was first introduced 1934 and used medically as a decongestant.  (Decongestants like Sudafed are also commonly used to cook meth via the ‘shake and bake’ method, a simplified process that is partially responsible for its widespread availability worldwide.)

Over the years, as scientists understood the drug more, it began being prescribed to treat other conditions like narcolepsy and obesity. Amphetamine’s performance-enhancing effects eventually led to its use as a treatment for ADD and ADHD.  It comes in the form of Adderall, Ritalin, Concerta and other similar medications.

Adderall and other ADD/ADHD medications combine amphetamine with dextroamphetamine, another member of the stimulant family. Together, they create a mental environment conducive to increased concentration and performance for those who have above-average difficulty staying focused.

But over the years, those with ADD and ADHD make up a relatively small percentage of users of Adderall. The majority of people taking Adderall do not have a prescription; they are students, athletes, night-shift workers and anyone else who wants the wakefulness and focus boost that comes from Adderall and similar ‘smart drugs’. But because Adderall has effects similar to methamphetamine, it is also just as habit-forming and dangerous.

The Difference between Adderall and Ice

Put simply, methamphetamine, or ice, is a much more intense version of Adderall. Chemically, Adderall looks very similar to meth. In fact, Adderall and ice are almost identical, with ice just having a simple methyl group attached to the compound. However, this small chemical difference translates to a significant difference in the speed and intensity at which it interacts with the brain and, therefore, how its use is perceived by society.

Methamphetamine crosses the blood brain barrier very rapidly which produces much more of a high than Adderall. The speed at which meth ‘hits’ the brain is also the reason that it is considered more addictive and especially dangerous. The previously listed side-effects for amphetamine are intensified for ice. Methamphetamine, unlike Adderall, has not been sanctioned for any medical use whatsoever.

The Stigmatisation of Methamphetamine Addiction

The amphetamine versus methamphetamine discussion is the perfect example of how society is selective about choosing which drugs to demonise, and even worse, who to stigmatise. While both drugs are extremely similar, amphetamine as a prescription is seen as safe, while the other is seen as a dirty and dangerous drug.

While Adderall is approved for use in children as young as three years old, meth is constantly causing hysteria with videos of meth psychosis, documentaries on the growing epidemic and ‘before and after meth’ photo comparisons.

In reality, they are both dangerous and have the potential for addiction. It is possible for a person to try ice in their lifetime and not become an addict.  Conversely, one can also abuse Adderall and be at high risk for addiction. Just because a substance is legal does not mean it is safe, and it certainly does not mean that it is not addictive.

There are several distinctions between Adderall and ice, but the fact is they can both lead to addiction.

At The Cabin Chiang Mai, our highly specialised and experienced staff is certified to treat a number of addictions, including addiction to amphetamine in all its forms.

Our resort-style facility is the perfect place to recover from addiction, and our Recovery Zones treatment method boasts a 96% completion rate. If your loved one is struggling with an addiction to any of these stimulants, we can help. Contact us today. 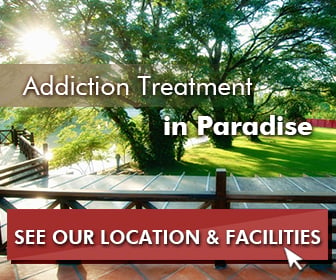 How Tax Refunds can lead to a Relapse