Hollywood often glamorises alcohol and drug use, but these celebrities have managed to find their own path. Some of these actors, actresses and musicians who are living sober may just surprise you. 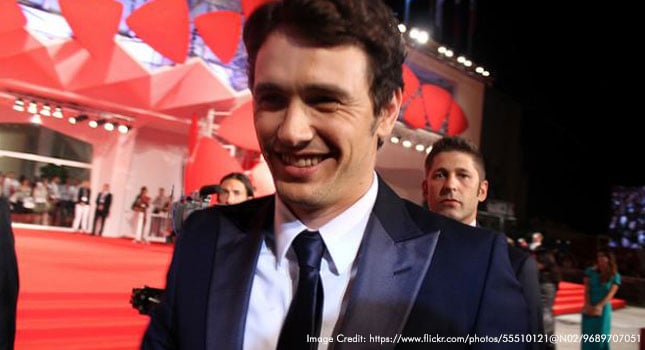 Rates of addiction and alcoholism continue to be a problem across the globe, and of course celebrities are far from immune. Always in the spotlight, celebrities have the power to influence others, becoming role models to the general public. For this reason, it is great to see sober celebrities being open and honest about their struggles with addiction and alcohol abuse, showing the world that it is possible to recover and lead successful and fulfilling lives in sobriety.

Famous Actors, Actresses and Musicians Who are Living Sober

The following is a list of sober celebrities who are open about their substance abuse (or lack thereof).

Now sober from alcohol and drugs for more than a decade, Bradley Cooper attributes his success in the film industry to getting sober. He told GQ Magazine in 2013, “The one thing that I’ve learned in life is the best thing I can do is embrace who I am and then do that to the fullest extent, and then whatever happens, happens.” Beyond bringing him success in his career, he says that his sobriety has allowed him to build fulfilling relationships and the strength and ability to take care of his own father when he was ill.

James Franco is definitely a celebrity who few would guess is sober. From his frequent stoner roles in movies, to hanging around with long-time pal and marijuana advocate Seth Rogan, many people find it hard to believe that Franco has been sober since his high school days where he apparently got himself into trouble under the influence of drugs and alcohol. Since then, he told Howard Stern, “there’s just no need” to smoke marijuana or drink booze.

Best known for her role as Serena van der Woodsen on the hit TV drama Gossip Girl, Blake Lively is a celebrity who has always been sober. She told Allure magazine, “I don’t drink. I’ve never tried a drug. … It’s just something that I genuinely don’t have a desire for.”

Despite his eccentric and often ‘off the wall’ personality, comedian and actor Russell Brand celebrated 16 years of sobriety this past December. He now spends a good chunk of his time advocating for de-stigmatisation and fair treatment of addicts. Brand opened Trew Era recovery café in March 2015 to help addicts get back into the workplace while focusing on recovery.

Kristin Davis is best known for her role as the martini-sipping good girl on the popular TV series Sex and the City. In real life, however, Davis has a different story.  She told Marie Claire in an exclusive interview, “I really didn’t think I would pass 30. I don’t know why or whatever, I just didn’t… I drank a lot when I was a teenager and I don’t drink anymore, because that’s when I thought, you know, I’m gonna end up a car wreck. I just had a fatalistic view of the whole situation at that point.” She also told the magazine that alcoholism runs in her family, and she has now been completely sober since the age of 22. Davis is now 51.

With song titles such as ‘Drug Ballad’, American rapper Eminem might not come to mind as a sober celebrity. However, after Eminem’s long battle with prescription drugs that almost killed him, Eminem has been sober since April 20, 2008. In 2010 he released an album titled Recovery, full of lyrics that take the listener through the ups and downs of addiction, treatment and living in recovery.

Most commonly recognised for his role as Chandler Bing on the TV series Friends, Matthew Perry battled addiction to alcohol and prescription pills. In an interview with BBC Radio, Perry said he can barely remember the three years of filming Friends between seasons three and six. Now, Perry says he uses his notoriety to help fellow addicts in their journey toward sobriety as much as possible.

Jada Pinkett Smith got sober nearly 20 years ago, and says she has not had a drop of alcohol since.  “I found myself drinking two bottles of wine on the couch and I said, ‘Jada, I think we’ve got a problem here.’” The actress told The Fix that “she was raised in poverty with a drug-addicted mother and grandmother, but thankfully she turned her life around.

One of the biggest barriers to seeking addiction treatment still lies in the misconceptions surrounding addiction. The stigma of addiction – that addicts are bad people or have no willpower – creates fear in addicts about opening up and seeking help, because they do not want others to look down on them. In reality, however, addiction is a disease that does not discriminate any more than heart disease or cancer does. Nobody should be ashamed of asking for help.

Celebrities who are open about their sobriety can not only help others find the strength to seek support if they are suffering from addiction; they can also show the world that, in a world where drugs and alcohol are often glamorised, living sober is actually a pretty cool thing to do.

Getting Treatment for Addiction