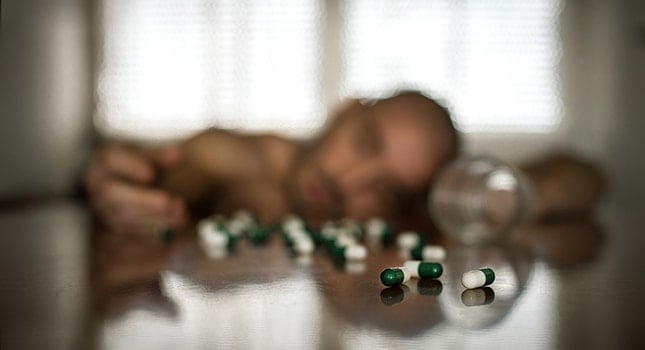 Abusing prescription medications can be extremely dangerous, even deadly. In 2000, 43 percent of emergency room visits in the USA were for prescription drug overdoses.

The Top 10 Must Abused

Listed below, in no particular order, are the most abused prescription medications.

Codeine is an opioid that is widely prescribed by medical professionals for the relief of pain. It is usually taken in pill form and can be found in combination with acetaminophen or aspirin or in liquid form as a cough suppressant. When abused, this prescription medication can not only cause addiction, but may also cause nausea, confusion, slowed breathing, sedation, cardiac arrest, coma, and death.

Hydrocodone is another type of opioid and is used to control mild to severe pain. One of the most known brand names for hydrocodone is Vicodin. It comes in tablet form, but is sometimes crushed and swallowed in order to feel the effects more quickly. People abuse this prescription drug because of the euphoric like effects related to it. However, not only can abuse cause an addiction, but it can also cause some serious side effects; such as overdose and death.

Fentanyl is a very strong narcotic that is only given to people suffering from cancer or undergoing surgery. It comes in a patch form, lozenge, or can be injected. Because fentanyl last for only a very short time, regular users may become addicted very quickly. Additionally, fentanyl may be hundreds of times more potent than street heroin, and tends to produce significantly worse respiratory depression, making it somewhat more dangerous than heroin to users. This prescription medication is most commonly used orally, but like heroin, can also be smoked, snorted or injected. Fentanyl is sometimes sold as heroin, often leading to overdoses. Many fentanyl overdoses are initially classified as heroin overdoses.

Morphine is an opiate; meaning it comes directly from the sap of the poppy. It is given to people suffering from moderate to severe pain. Effects may include euphoria, relaxation and with prolonged use or abuse, addiction. An addiction to this prescription medication can begin after only a few weeks of consistent use. Withdrawal is extremely painful which makes breaking an addiction very difficult.

Valium is the brand name for diazepam. It is often prescribed for anxiety, agitation, seizures, muscle pain, and alcohol withdrawal. This prescription medication can be swallowed in its tablet form or injected. A tolerance can build very rapidly with addiction following. The longer a person abuses this medication, the more damaging cognitive impairments they may experience. These cognitive impairments can last for over 6 months, with some of them being permanent.

Xanax is a prescription medication to treat anxiety, panic, and sleep disorders. Many people abuse this medication for its relaxing and sedating effects. However, it is extremely addicting and symptoms of use or abuse may include dizziness, loss of coordination, slurred speech, and fatigue. At the same time it may cause paradoxical effects; such as, aggression, agitation, frustration, and rage. Addiction can develop very quickly with consistent abuse, leading to painful withdrawal symptoms.

Ambien is the brand name for zolpidem and is a prescription medication used for the short-term treatment of insomnia, as well as some brain disorders. It is very effective for initiating sleep, but a tolerance can develop very quickly, causing the user to take more of the medication. Ambien is abused typically in high doses for the euphoria effects, mild hallucinations, and sedation it causes. It can become addictive when a person develops a tolerance or abuses it on a consistent basis. Withdrawal effects are similar to those of benzodiazepines, but it may lead to the person’s insomnia to get worse.

Lunesta is the brand name for eszopiclone. It is a prescription medication to treat insomnia. Side effects include sleep walking, mild hallucinations, headaches, chest pain, dizziness, loss of coordination, and confusion. Adverse side effects may include agitation, depression, and aggression. People abuse this medication in high doses because high doses are said to be similar to the effects of Valium. Tolerance develops very quickly and addiction is followed by unpleasant withdrawal symptoms.

Ritalin is the brand name for methylphenidate and is a stimulant prescribed to treat ADD, ADHD, and narcolepsy. This prescription medication helps to increase alertness, attention, and energy and is commonly prescribed to children. However, it is becoming common for college students to abuse Ritalin in order to stay up longer or study harder. The most common side effects include nervousness, insomnia, and headaches. After prolonged abuse, an addiction can develop causing withdrawal symptoms; such as, psychosis, depression, irritability and a temporary worsening of the original symptoms it was prescribed for.

Adderall is a stimulant abused by many people to increase concentration and improve overall performance. This prescription medication is frequently abused by college students and athletes. Adderall has a high potential for addiction. A few of the common side effects include: dry mouth, chronic thirst, the development of sleeping disorders or generalised difficulty sleeping, chronic headaches or migraines, pain in the stomach, and high blood pressure. Of course, with prolonged abuse or addiction, the side effects will be substantially worse.

Treatment At a Rehab

As with and prescription medication, they should never be mixed with alcohol, illegal substances, or other medications. In doing so, the user is putting themselves at a great risk for overdose or even death. Whenever a user is taking a medication, especially one of the above, they should always talk to a doctor before stopping. With prolonged abuse or addiction to one of these prescription medications, it is always in the user’s best interest to get treatment at a rehab.